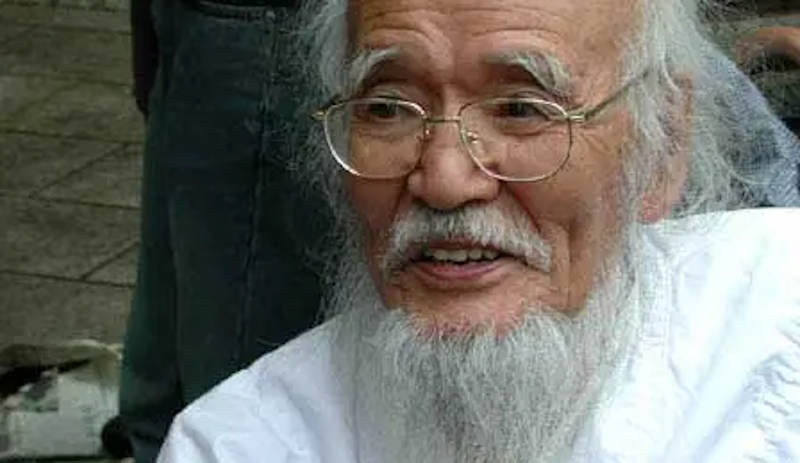 Do-nothing farming, also known as natural farming, Fukuoka farming, and The Fukuoka method, is an alternative permaculture farming method to chemical or traditional farming. It reduces human intervention to an absolute minimum, allowing nature to do the work. As odd as it may seem, do-nothing farming is able to produce at least as much food per acre as any other method, without tilling, nursing, pruning, planting in tidy rows, or using machinery, fertilizers, compost and pesticides. 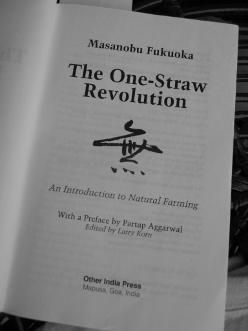 The method became widely known through the book The One-Straw Revolution, originally published in 1975, by Masanobu Fukuoka (1913-2008), a Japanese microbiologist who tested spiritual insights on his father’s farm.

He began his career as a soil scientist specializing in plant pathology. In 1938, he began to doubt the wisdom of modern agricultural science. He eventually quit his job as a research scientist, and returned to his family’s farm on the island of Shikoku in Southern Japan to grow organic fruits, vegetables and grain. From that point on he devoted his life to developing a unique small scale organic farming system that does not require weeding, pesticides, fertilizers, or tilling.

The One Straw Revolution has been translated into many languages and usually sold for the net cost price. Fukuoka shared his knowledge with everyone interested and allowed people to volunteer on his farm for days, months or even years.

Going through a crisis at the age of 25, Fukuoka had a revelation: “In this world there is nothing at all.” There was no reason to worry about life because he suddenly realized that “all the concepts to which he had been clinging were empty fabrications. All his agonies disappeared like dreams and illusions, a something one might call ‘true nature’ stood revealed.”[1]

This insight, and the observation of a rice plant growing wildly on an uncultivated piece of land lead him to the notion of do-nothing. But having ruined his father’s tangerine garden that way, his first important lesson in natural farming was that one can’t change agricultural techniques abruptly. Trees that have been cultivated cannot adapt to neglect. Newly-planted untouched plants can, he found out. They seem to somehow remember their natural offspring which required no cultivation whatsoever. Human intervention weakens plants, so they get addicted to pruning, fertilizing, plowing, additional watering and pesticides.

During the following years, Masanobu Fukuoka developed, by observing nature and trial, simple methods for a natural way of doing agriculture.

A Way of Life

Fukuoka insisted that natural farming was not just a method but a way of life based on simplicity and oneness with the Earth. Ideally, all people would become farmers. He predicted that a large-scale change in consciousness would lead to the fall of governments and whole economies, for a human being, independent of external food supply, would be no more prey to manipulation, power games and consumerism. He wanted man to reexamine his relationship with nature in its entirety. That would be a revolution triggered by straw. But it requires that people shift to seasonal, regional and vegetarian diet rather than consume exotic and/or protein-rich food.

Fukuoka saw an opportunity that people could live in harmony with each other and with nature: “Natural farming is not simply a way of growing crops; it is the cultivation and perfection of human beings”[2], he said. “Most people do not yet understand the distinction between organic gardening and natural farming. Both scientific agriculture and organic farming are basically scientific in their approach. The boundary between the two is not clear.”[3]

While nature is the real expert in growing stuff, Fukuoka says, man’s intellect has distorted this wisdom. Modern science, along with industry and government, is leading man ever further away from the community of life. We seem to be “so steeped in science that a method of farming which discards science altogether will not be digested.”[4]

Despite the catching phrase “do-nothing” there still is some work to do, of course. But it points out that many agricultural practices, which generally are regarded as essential and indispensable, can be left out, which results in a significant reduction of effort, money and time to be invested.

The method, originally developed for Japanese conditions, got successfully adapted to other places around the world. In India, for example, natural farming is often referred to as Rishi Kheshi.

Fukuoka mixed seeds of white clover with rice or winter grain. A ground cover of white clover will grow under the grain plants to provide nitrogen and keep weed plants from overpowering the crop. Weeds are also considered part of the ecosystem, periodically cut and allowed to rot on the surface so the nutrients they contain are returned to the soil.

Ducks are let into the grain plot, to eat slugs and other pests. They leave just a little bit of manure.

No prepared compost or chemical fertilizer must be applied.

In order to protect seeds from being eaten by birds, they have to be dampened a bit, then wrapped in a layer of clay powder, compost, and sometimes manure. The seeds necessary for 1/4 acre can be prepared within a few hours. The result is a denser crop of smaller but highly productive and stronger plants.

Little or no Tillage

The seeds get brought out on the surface of the untilled earth to grow. Tillage is usually unnecessary if the ground is not too hard. Plowing severely disturbs insects and worms which keep the earth fertile.

The ground has to stay covered all the time. The clover does that during the growing season.

Shortly after the harvest, the complete straw is scattered loosely (not straight!) in thick layers as mulch. The straw decomposts until the next harvest time, giving back all the taken-out nutrients from the previous crop.

Fukuoka used short-stemmed grains which had a spike to halm weight ratio of 1:1

By observation of natural processes, Fukuoka learned about the optimal moment for seeding, and also which plants best complement with each other. He only intervened when necessary.

Regarding grain, he brought out rice and winter grain in rotation. Each grain crop is sown two weeks before the previous one is harvested. This is done by broadcasting the seed among the standing crop(!) During the harvest, the new shoots get trampled down, of course, but they recover quickly and begin to sprout.

This sort of double crop rotation can be done over and over on the exact same spot, without ever depleting the soil. Mulching by clover and straw even enriched its fertility over the years.

Fukuoka seeded rice directly on the spot where it finally got harvested, without transplanting from a nursery field and without the use of paddy fields. With very little irrigation and just one week of water standing in the field, the do-nothing method saves enormeous amounts of water and labour (i.e. transplanting, min. four times of weeding a year, flooding) and thereby avoids overly methane production.

Instead of trying to root out pests, natural farming lets nature have its way. The insect population in and above the ground is much higher than in plowed and sprayed fields. Predators like mice, birds and spiders are allowed to roam. The species control each other and keep balanced. Plagues appear rarely and never mean the loss of whole crops.

Trees and bushes never get pruned. Branches and twigs arrange themselves so they each get the optimum of sunlight. An already pruned tree has to be withdrawn carefully over at least two years before it adapts to do-nothing farming. A wide range of grass species on the ground and mixing various tree species keeps the orchard healthy.

Vegetables can be grown wherever there is a small unused piece of land, preferrably among fruit trees to enrich the soil. Varieties should be brought out mixed with each other on the already existing vegetation cover.

Fukuoka’s labor resulted in an equal or higher amount in crops than traditional and chemical farming in the same area, while the fertility of the soil constantly increased over the years and natural balance was kept. This balance self-regulated pests so there have been little to no losses in crops. With an average of about one hour of work per day, Fukuoka was able to get as much grain from a quarter acre of land as needed to feed a family of five. Costs reduced to almost zero, as no fertilizer, pesticides, seeds, heavy machines or food had to be bought to run the farm.