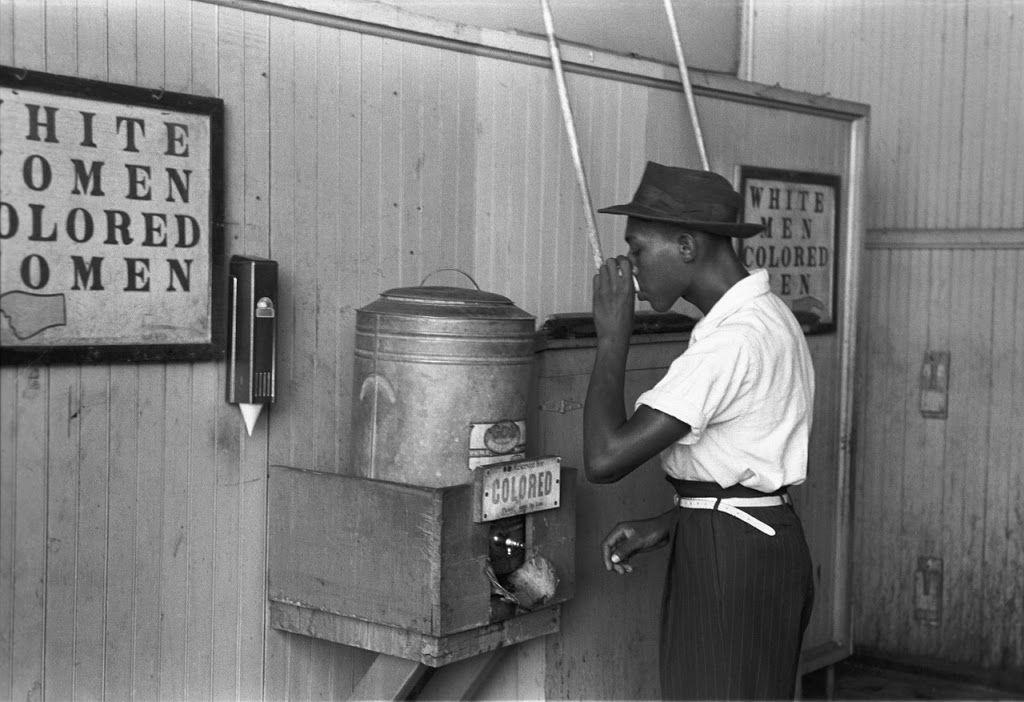 Two negroes are taking a walk in the woods. Suddenly one of them exclaims, “Look, there’s a mushroom!” – “So what!?” says the mushroom.
Such runs a Sponti joke I’ve heard back at school; it stuck in my mind ever since. The absurdity of the described situation is hilarious as such, the choice of words is peculiar, and the multi-layered observation embedded in it is highly accurate.
.
What is your immediate response to it? Are you taking offense by my using the n-word? Or do you see the underlying satirical remark on people pointing fingers at something that (or someone who) is disturbing their perceived state of normalcy?
.
When I grew up in Germany’s seventies and eighties people would stand and stare at anyone and anything that seemed sort of off of what they were used to encounter: people of colour, long-haired men, bald-headed women, patchwork clothing, homeless folks, Turkish couples (her dressed in a chador or hijab, following two paces behind him), sports roadsters, wheelchair drivers, atheists, unmarried mothers, or two-headed cats, to name few typical examples. The Spontis – leftist political activists of the students’ and pupils’ movements in Germany who thought that spontaneity and humour were revolutionary elements – with their above-quoted joke pinpointed the discriminatory finger-pointing goggle-eyedness and threw it back at a blaming and shaming duplicitous society. “Everyone’s a stranger – somewhere,” the Spontis noted accurately.
.
One would think that those times are over. But not only does discriminatory thought persist in backward countries like Japan where I – the tall blond long-haired stranger – got photographed and giggled at underhandedly on the Tokyo metro, and in India where I get invited to random people’s weddings or excluded from farmers’ meetings merely because I’m fair-skinned; the discrimination in our heads survived in Germany just as well as anywhere else. That it’s not showing as obviously today as it did in the seventies and eighties doesn’t mean a thing. What we are engaged in since the nineties are political correctness (pc) debates which in their mind-fucking sneakiness are far worse than the obvious separation and animosity of earlier decades.
.
On the surface pc seems to address discrimination against others by shaming the use of certain vocabulary while underneath the emphasis on the right to be different crystallizes the specific phenomena of human existence – skin colours, sexual preferences, religious beliefs, nationalities and what not – into distinct identities such as politics, genders or races. For example, as pc does not address racism as such, merely its ways to express itself, a politically-correct racist simply takes over the new pc lingo for spewing hatred against people of colour. And thus we shift from nigger to negro to black to Afro to coloured to pigmented and so forth in a constant effort to evade the discussion we have to have in the overcoming of racism and xenophobia (as well as sexism, genderism, speciesism and other low-consciousness notions): that there is a focus on differences rather than similarities, that there is an arbitrariness to what marks someone as different, and – most significantly – that difference is perceived as unnatural or evil.
.
The terms used for pc speech – which are really the same as those later-on used for discriminating against others – are subject to a self-perpetuating process called the euphemism treadmill. This means that whichever correct term is chosen for a person discriminated-against, it eventually turns into an insult, triggering the quest for a new pc term.
. 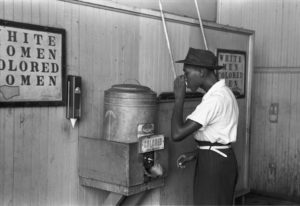 The other day (sorry for being so day-istic) I have been writing a comment on one of my favorite topics, what makes wild communities generally work as compared to the multiple ever-increasing, ever-worsening problems that civilized societies experience. Both consist of human beings; almost everything else is different. With both populations being of the same species the traps of whether “human nature” exists and what it implies – the nature-vs-nurture debate – is irrelevant to the discussion. Me using the term “wild,” though, became an obstacle for people looking for a pc word pointing at the non-civilized. Someone argued that “wild” and “civilized” were the language of the European colonizer and that these words were discounting the deep wisdom and cultural sophistication of these “indigenous people,” as he called them. The whole notion of “wild” needed to be rethought after we found out that “jungles” like the Amazon, the Mayan heartlands or the North American west coast have actually been food forests, carefully stewarded lands at the time of European conquest.
.
Those were careful considerations, but like so many post-modern thoughts they have not been mindful of the difference between judgmental discriminatory dominator language and distinctions consciously introduced for communicative or research purposes. The use of “wild” alone implied “colonizer” mentality to them.
.
I have to admit that it is not so easy, these days, to tell the difference when our whole language, including ordinary words like “green,” “democracy,” and “free,” are getting hijacked by the corporate dominator culture. Think of the facebook “friend” and other “social-” media “community” fakery, think of “humanitarian aid” (weapons deliveries), “peace-keeping operations” (invasions), “health insurance” (enslavement to a system of chemical poisoning) and countless further examples from the Falschwörterbuch(German: fake dictionary) of Neoliberalism. More important than the face of a book is the idea it wants to sell. As all views are perspectival, all communication of views, all writing is in a sense propaganda, with the ambiguity of words (and images) used for this or that purpose. No statement, no information can be taken at face value. The recipients’ job is to notice the sales pitch and to inquire within for the deeper truth about it. So let’s do this as an exercise in the context of my distinguishing “wild” peoples from “civilized” humans.
.
Regarding “wild” peoples, there is no (other) word that is fully and properly including everybody we mean by it: modes of being that are not domesticated, not based on abstraction and abstracting, on strong hierarchies, strict separation of labour, state institutions, large numbers and growth, categorization, separation – in short, not civilization. The way I have put it in the above sentence suggests negative phrasing: not-civilized, un-domesticated, non-hierarchic etc., which I find weird because it implies a lack of something. In the same way, our culture could be called un-free, non-egalitarian etc. — which I actually use sometimes for breaking the spell of mainstream vernacular. By pointing out in which way we find a culture wanting does not describe its asili, its core and ultimate cause of collective thought and behaviour. I would like to say somehow that certain cultures exist in their own right rather than being underdeveloped predecessors to the crown of human evolution.
.
In many of my writings I have clarified what I mean by “wild,” and it is so obviously not derogatory of those cultures – neither consciously nor unconsciously so – that anybody with a different opinion who notices it would have to wonder why. That the term loses its negativity anyway can be seen in the establishment of “wilderness reserves” and the emergence of the “rewilding” movement. While for some there is certainly a derogatory (or romanticizing) connotation to the word, it is the only phrase that people from across the spectrum may understand, while it is not reducing the “wild” to the negation (or lack) of “civilization.”
Is there no other positive term we could use for talking about the common denominator uniting the thousands of different communities outside of civilization?
Struggling with finding a positive vocable for non-civilizational cultures since years, I have come to the following conclusions:
My aim is the raising of awareness and the sparking of consideration of what makes us the culture we are, and wild peoples the cultures they are. The search for matching terms continues, probably with someone coining new pc ones.
As for the ancient cultures of the Mayas, Anasazi, Songhai, old Zimbabwe etc, I would classify them as civilizations, as they were based on separation; they were practicing domestication and were held together by force, for the benefit of a wealthy elite. Consequently they collapsed after having over-exploited their habitat and overstretched their citizens’ capacity for suffering. Obviously, Californian Indians, Mbuti, !Kung, and Aborigines lived a different kind of approach – which is what I’m pointing at when distinguishing between “wild” and “civilized” cultures.

3 Replies to “The Negro debate all over again”