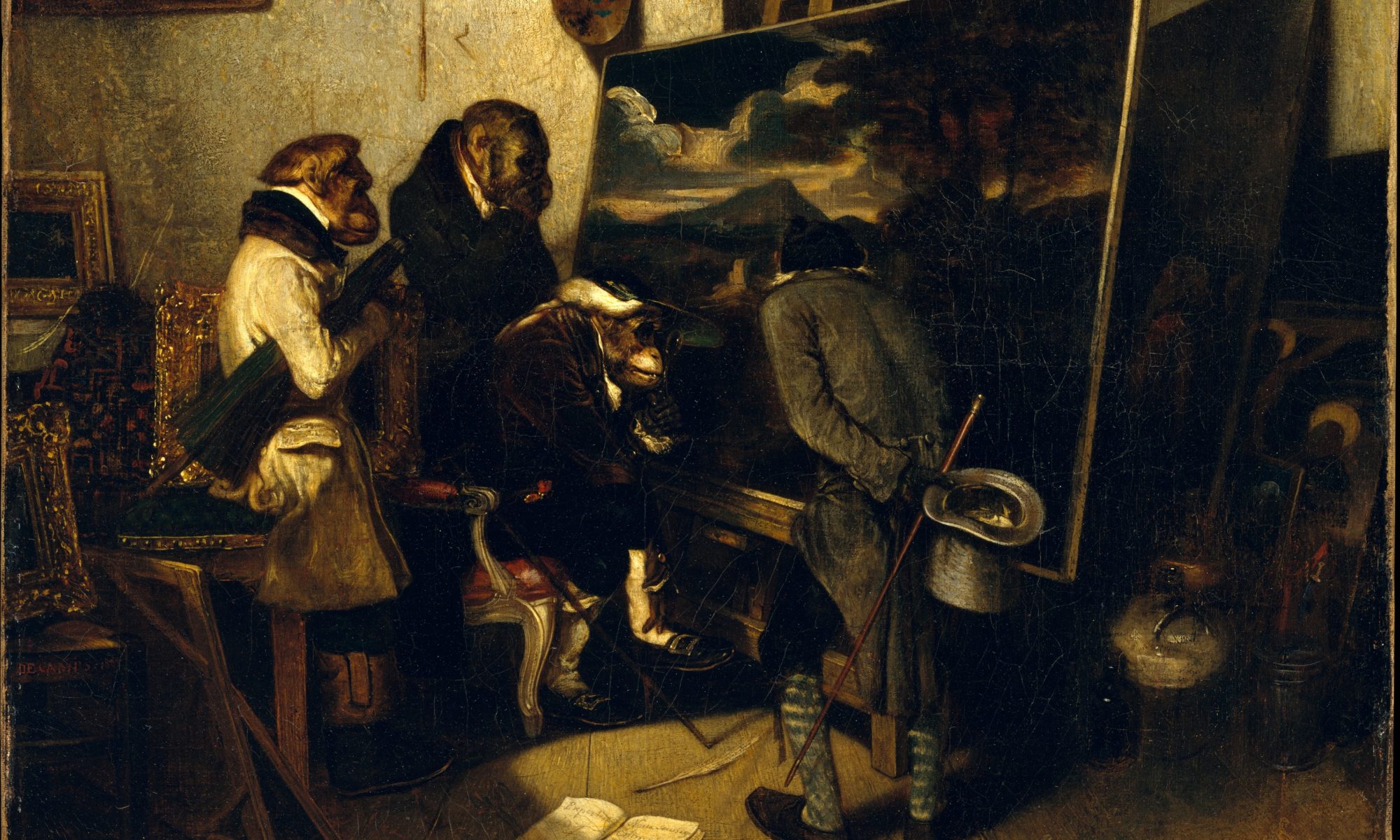 These are not the 30s

Western democracies, from their very beginnings hollow shells masking the rule of plutocratic elitists, are now teetering on the brink of declared tyranny. That‘s not exaclty news. Modernity has been at this point a few times before. It‘s the result of the civilized way of life, with its hierarchies and its job specialization, its hyper-abstract thinking and emphathophobic rule-centered acting. What‘s to blame for such developments are neither capitalism nor stupid politicians nor uneducated plebeians nor greedy elites in the first place. In my book Mach was!? [see blog article „Dritte Auflage“] I worte that capitlaism „is actually only the latest offspring of a ten-thousand-year-old dynasty of stupid, ugly, hunchbacked, short-sighted types of society.“ If you are not familiar with my line of argument here, read any of Derrick Jensen‘s works, preferrably Endgame, or Eisenstein‘s repeatedly-mentioned The Ascent of Humanity, or check out some of my previous writings on civilization, By understanding the mechanics of civilization – it is a machine – , or, at least, by comparing historical precedence one can discover tendencies in the succession of moments that make up our present age. And the impression of many, today, is that there emerges a likeness to one of the more recent cataclysms in history. But on trying to communicate that concern we usually run into a number of obstacles.

First of all, the comparison to the 1930s and 40s has been applied so often already that many don‘t take it for serious any longer. Whenever you observed a heated discussion, how long did it take, usually, for Nazi atrocities to getting thrown in? How many ‚new Hitlers‘ have we seen on Time magazine‘s cover, from Milosevic to Saddam Hussein? Cry wolf every time there is a puppy around and see the real beast marching in in broad daylight without anybody noticing it.

Secondly, there is a lack of experience among most people alive in today‘s West: they have never been to war, never lived in an in-your-face tyranny. The 3rd Reich and its war ended 76 years ago. East Germans, on the other hand, more often recognize the signs of rising authoritarianism and totalitarianism because the fall of the Wall happened only 31 years ago. Lack of experience leaves people unsuspecting of the workings of power and of the abuse of technology in the hands of a clique of psychopaths. They take those phony phrases about freedom and democracy at face value, never believing that „it“ can happen again – anytime, anywhere.

Thirdly, the anti-fascist indoctrination was especially successful in Germany and Austria with making people look out for national-socialist type fascism, swastikas, and anti-semitism. Every serious warning of a revival of totalitarianism receives the reply, „It‘s ridiculous, You cannot compare nowadays to back then! These are not the 30s!“

Of course they are not. And of course we must compare – compare even apples and oranges, to find out that in some ways they differ, in others they compare. What looks like an orange at first glance might also well be another kind of apple. How would we know without comparison? So may we compare present-day democracy to fascism? Same story as with oranges and apples: we need to know how democratic our societes truely are respectively to what degree we are just falling for fraudulent labeling. What we are looking for when watching out for tendencies toward a new tyranny are not toothbrush moustaches, SS runes, or Swastika-Armlets, though. Comparisons to back then must look beyond literalisms, and for clarity‘s sake, I‘d rather avoid the term fascism. For fascism came in fashions as diverse as in Italy, Spain, Germany, or the US. But there are similarities in the various ways autocratic, tyrannical, or totalitarian régimes rose to power, and we better be alert to how that usually happens.

My own suspicion grew when curfews („Lockdowns“), muzzle orders („Everyday masks“) and assembly prohibitions („social distancing“) were imposed. As a trained nurse I am familiar with their uselessness and their adverse effects. The non-appearance of such ordinary medical knowledge in the mainstream media along with the concealment of alternative paths to healing, and the defamation of critics as „tin foil hats“, „right-wingers“, „covidiots“ etc. made it unmistakably clear within weeks that the so-called pandemic was not a matter of health. The wrongness of the „measures“ led me to another main reason I deeply distrust the official Corona narrative: It is their structurally, physically and psychologically violent nature. Where there is violence there are justifying lies to cover them up, and where there are lies there is violence to impose false truths. Once you understand the interdependence between lies and violence, on encountering one of them you don’t have to dig for long to expose the other part of the couple. In this case, both were obvious to me at an early stage.

As I am writing these lines, Vera Sharav, medical activist and holocaust survivor, testified before the German Corona Inquiry Committee, comparing the Corona régime to the times of the 3rd Reich. The list of similarities is horrifying:

These are just a few parallels (those mentioned by Sharav); others like the scrapping of the constitution, the rule by government decree, the dissolution of the division of power, the lack of opposition, the fracturing of society and loss of social coherence, mass hysteria, deplatforming, the militarization of society, unwarranted police brutality, the lockstepping of institutions, censorship of free press – and so on and so on and so on – could be added.

The Germans are back!

Another great comparison has been delivered in satirical form by American wirter CJ Hopkins. In a widespread and really noteworthy article he wrote in November 2020. He is writing about his adopted country, but make no mistake: What he observes is a – nationally coloured, and in this case historically spicy – concerted attack on human rights, civil liberties and, last not least, human dignity on a global scale.

Break out the Wagner, folks… the Germans are back! No, not the warm, fuzzy, pussified, peace-loving, post-war Germans … the Germans! You know the ones I mean. The “I didn’t know where the trains were going” Germans. The “I was just following orders” Germans. The other Germans. […]

Given their not-too-distant history, it is rather depressing, and more than a little frightening, to watch as Germany is once again transformed into a totalitarian state, where the police are hunting down the mask-less on the streets, raiding restaurants, bars, and people’s homes, where goose-stepping little Good German citizens are peering into the windows of Yoga studios to see if they are violating “social distancing rules,” where I can’t take a walk or shop for groceries without being surrounded by hostile, glaring, sometimes verbally-abusive Germans, who are infuriated that I’m not wearing a mask, and otherwise mindlessly following orders, and who robotically remind me, “Es ist Pflicht! Es ist Pflicht!”

Unfortunately, once this kind of thing gets started, and reaches the stage we are currently experiencing, more often than not, it does not stop, not until cities lie in ruins or fields are littered with human skulls. It might take us ten or twelve years to get there, but, make no mistake, that’s where we’re headed, where totalitarianism is always headed … if you don’t believe me, just ask the Germans.

With all those remarkable parallels in mind – and what of plain sight? – why is all this happening? In whose interest is the turmoil? What is all this suffering supposed to achieve? Right now we can only speculate. If you have watched Sharavs testimony beyond minute 20, you have heard her implying that the similarities to the 1930s and 40s are not exactly coincidental. Her research led her to the understanding that the Corona régime stands in a continuum with earlier attempts, by the same group of people, to establish global power, reduce the human population, follow eugenicist programs and finish the job Hitler failed to achieve: the creation of a superhuman race. I don‘t find this unlikely; when it looks like a fish, moves like a fish, and smells like a fish, what could it possibly be? I‘d lie if I pretended to not consider what seems apparent, but frankly, I don‘t know. Sometimes the answer is obvious, sometimes it isn‘t. These are questions to be solved at a later point in time, as the focus of Another Nuremberg.

I‘ll stick with the facts here, and I concur with a former German judge who said that, on witnessing a crime, when he calls the police he expects them to hurry to the scene without much ado. They should not make their appearance depend on whether the witness can provide the reasons or motivations of the perpetrators. In a health emergency, an ambulance will show up without asking you to give a detailed diagnosis of the underlying physiological issue; you just tell them the symptoms. And when your house is burning the fire fighters will come quickly without you giving notarized proof of the existence of the fire or a forensic analysis of the cause of its ignition.

The criminals are at the helm. Our societies are terminally sick. Our common house is on fire. Figuring this out doesn‘t require a rocket scientist. And I expect those who still have the courage and strength for decisive response to get into their boots and join the fight against whatever it is that has befallen us. I am not going to wait until vast numbers of people disappearing in death camps make it permissible to compare a Fourth Reich to the Third. It is too late for comparisons after the globalist „elites“ have unleashed nuclear war on the Near East, China, or Russia. A warning is a warning because it comes before the fact, not after it. On the slight chance that I might be wrong I ask all of you who have a funny gut feeling about these times, Take it seriously!

2 Replies to “State-Approved Comparisons: On the Cult of the Expert (2)”