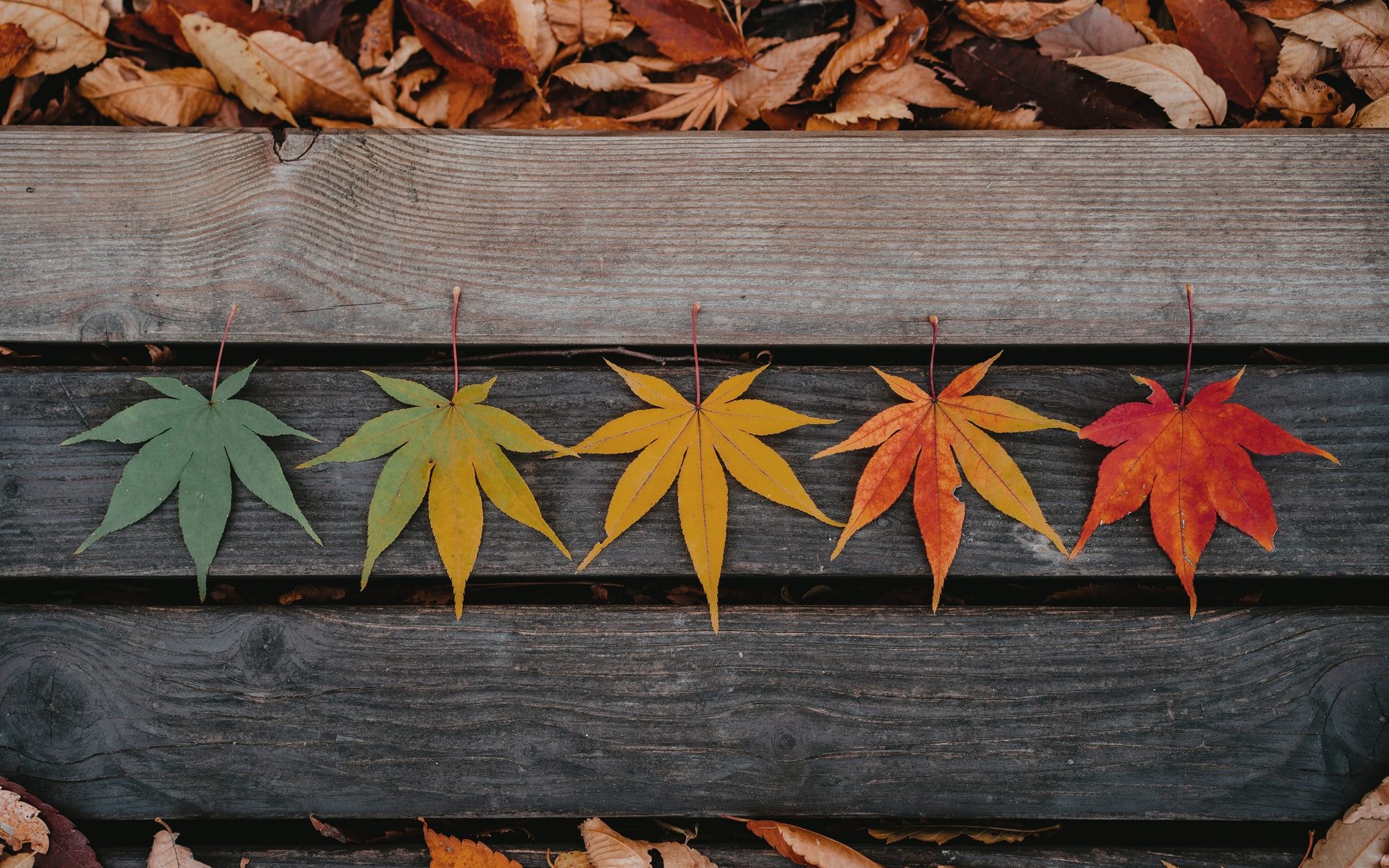 In an earlier age, the absence of language was used as an argument against the existence of thought in other species. Today I find myself upholding the position that the manifest reality of thinking by nonlinguistic creatures argues against the importance of language.

— Frans de Waal, Are We Smart Enough to Know How Smart Animals Are?

…technologies found incornpatible with sustainability and diversity on the planet must be abandoned […] There is no denying that all of this amounts to considerable adjustment, but it’s not as if there were much choice. Truly, such change is inevitable if sanity and sustainability are to prevail. To call this adjustment “going back” is to conceive of it in fearful, negative terms, when the changes are actually desirable and good. In fact, it is not really going back; it is merely getting back on track, as it were, after a short unhappy diversion into fantasy. It is going forward to a renewed relationship with timeless values and principles that have been kept alive for Western society by the very people we have tried to destroy.

As for whether it is “romantic” to make such a case, I can only say that the charge is putting the case backwards. What is romantic is to believe that technological evolution will ever live up to its own advertising, or that technology itself can liberate us from the problems it has created. So far, the only people who, as a group, are clear-minded on this point are the native peoples, simply because they have kept alive their roots in an older, alternative, nature-based philosophy that has proven effective for tens of thousands of years, and that has nurtured dimensions of knowledge and perception that have become opaque to us. It is the native societies, not our own, that hold the key to future survival.

— Jerry Mander, In the Absence of the Sacred

Each new generation born is in effect an invasion of civilization by little barbarians, who must be civilized before it is too late.

― Thomas Sowell, A Conflict of Visions

In an earlier age, the absence of language was used as an argument against the existence of thought in other species. Today I find myself upholding the position that the manifest reality of thinking by nonlinguistic creatures argues against the importance of language.

— Frans de Waal, Are We Smart Enough to Know How Smart Animals Are?

Each domain of experience acquired its character and consistency in relation to some opposing domain. Medicine can ameliorate the human condition only so long as it doesn’t abolish it. Science is helpful only insofar as it recognizes itself as a highly artificial mode of perception and doesn’t try to eliminate the complementary domain of common sense and practical judgment. Formal education retains its distinction only in a world in which knowledge acquired for its own sake is its complement and equal.

Touring the world’s churches, art galleries, castles, and museums cannot prepare you for this experience. The severed heads in the galleries of Venice and Milano, the molten lead poured into the mouths of those who disagreed with French kings, the drawings of wretched poverty, the frescoes of war, the murder of infants are common themes, and European and Asian cultures are suffused with violence and war. Yet here on a green mountain overlooking the Pacific [Gulaga Mountain, New South Wales], a different world was imagined. And not just imagined, but lived [by the Yuin people].

its principle and its ethos are variations on a single theme — continuity, constancy, balance, symmetry, regularity …

One of the most striking things is that there are no great conflicts over power, no great contests for place and office. This single fact explains much else, because it rules out so much that is destructive of stability … There are no wars of invasion to seize territory. They do not enslave each other. There is no master-servant relation. There is no class division. There is no property or income inequality. The result is a homeostasis, far-reaching and stable.

There is war in this world, a war between morality and ethics. The two words are equated to disguise this – to disguise the fact that the ethics of the individual and the morals of society have diverged and moved far away from each other. For only morality can be manipulated and misused by the controllers for their own purposes, and only through morality can masses of people be controlled. It is up to each and every one of us to decide which side we will fight on, and we must choose a side, because today man has only two choices: to be moral and unethical, or to be ethical and immoral. Do you listen to society and what others tell you, or do you listen to the laws of life, the inner voice that nature has written into your heart with its own hand?”

What I wish to challenge here is a rarely examined prejudice that sees population aggregation at the apex of state centers as triumphs of civilization on the one hand, and decentralization into smaller political units on the other, as a breakdown or failure of political order. We should, I believe, aim to “normalize” collapse and see it rather as often inaugurating a periodic and possibly even salutary reformulation of political order.

— James C. Scott: Against the Grain

Plants are so unlike people that it’s very difficult for us to appreciate fully their complexity and sophistication. Yet plants have been evolving much, much longer than we have, have been inventing new strategies for survival and perfecting their designs for so long that to say that one of us is the more “advanced” really depends on how you define that term, on what “advances” you value. Naturally we value abilities such as consciousness, toolmaking, and language, if only because these have been the destinations of our own evolutionary journey thus far. Plants have traveled all that distance and then some—they’ve just traveled in a different direction.

The psychology of the Underminer is something different from the way the “experts” tell us human beings should behave. The conventional models of human response are based on the civilized world and, yes, there are common strands in all cultures but, for instance, when a death occurs in a tribal culture that has, like all animals, accepted death as part of life then denial is not part of the equation. Neither is bargaining – for how can you bargain with the inevitable? When Elisabeth Kübler-Ross posited her model for bereavement, it was always going to a be a model for how the civilized human deals with death; it took no account of the way all humans deal with death, for not only are we all slightly different in our approach to everything – not just bereavement – we, as de facto civilized humans, are freaks. Homo sapiens civilis never evolved. Civilized humans have been created in the image of the machine: we don’t behave as normal human beings any more.

How do you respond to your critics who say that back-to-the-trees was neither possible nor desirable? Isn’t a simple life, or primitivism, as they hold, a return to barbarianism?

First of all, I’m not talking about a backward movement, because then I would buy into the civilized rhetoric of progress and ascent. Civilization has not moved the human race forward or upward. It was not an evolutionary logical progress; we have simply stepped out of the large consent of primary peoples who see the Universe as an indivisible living whole, and themselves an integral part of it. So if we choose to apply the word “back,” it would be in the sense of backing out of a dead-end road. Civilization has taught us a lot of things which cannot work; that’s something we might be grateful for – provided we leave enough of our habitat intact to be able to make use of it.

For anybody who studies history seriously, it is a major puzzle how we, today, can live with what, to the people of all previous times and places, would have been considered unfeeling brutality and absolute nonsense.

— Ivan Illich in David Cayley, The Rivers North of the Future

— Joyce Huesemann Michael Huesemann: Techno-Fix. Why Technology Won’t Save Us Or the Environment

Most people don’t realize what these [tribal] peoples have — don’t realize why they’d rather die than give it up… In any case, what humanity came up with during these first three million years was a way of life that works well for people and that is sustainable — that could have promised life for humankind for millions of years more — an accomplishment greater than any of ours, though of course less flashy.

— Daniel Quinn: If they give you lined paper write sidways

if Palaeolithic lifestyles were so basic and primitive, how did humans evolve with trillions of potential neural connections in the brain, of which we now only use a small fraction? What kinds of sophisticated lifestyles would be needed to evolve such a massive brain over hundreds of thousands of years? What kind of nutritional abundance would be needed to develop such an organ, made mostly out of fat? How does the narrative of harsh survival in a hostile landscape align with this fact? If our prehistoric lives were so violent, hard and savage, how could we have evolved to have such soft skin, limited strength and delicate parts?