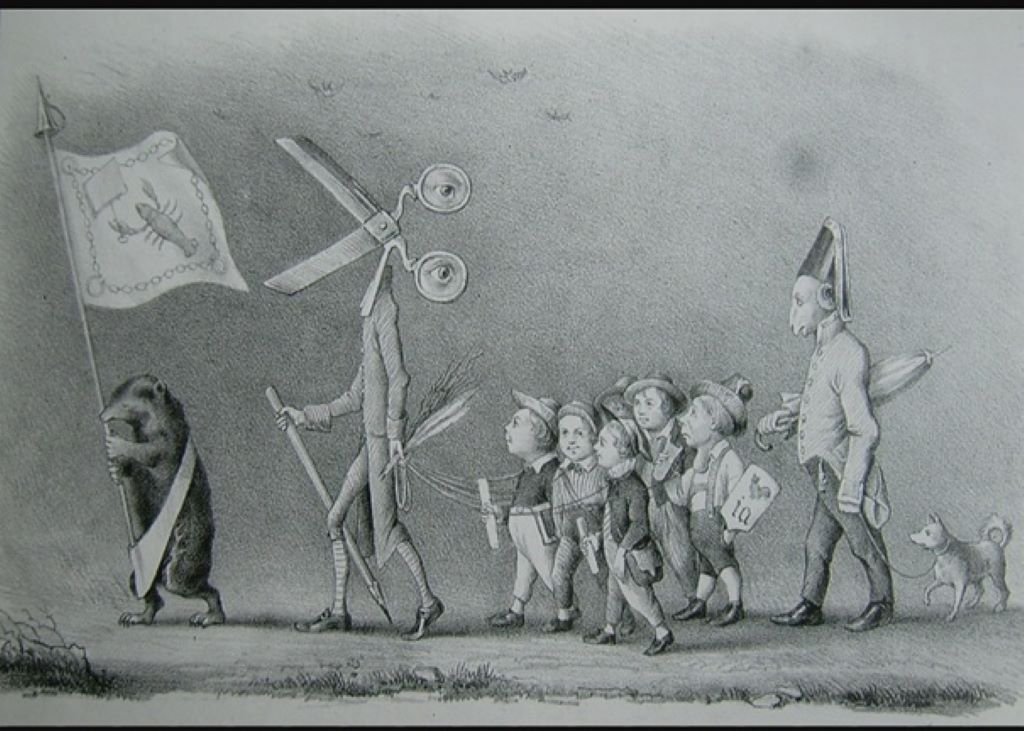 When my third video within four months has been deleted by Youtube on December 29th, 2021, I really had enough. I decided that I am going to walk away from corporate censorship. I could of course simply switch off my channel but that doesn‘t solve the problem that most of my connections – subscribers, frequent watchers, favourite channels – are going to get lost. But what if we all moved out of Censorship Hell into Information Heaven at the same time? What if that moment was not something to be dreaded but rather an event which we could look forward to as one big explosive moment of fun?

Here is how it could work.

[Title image: Caricature from “Leuchtturm”, critical of the censorship attempts in 1847. One year after its publication a revolution broke out. The Caption says, “Sweet holy censorship / let us walk in thy track. / By thy hand do guide us all / like children in the bridle!”]