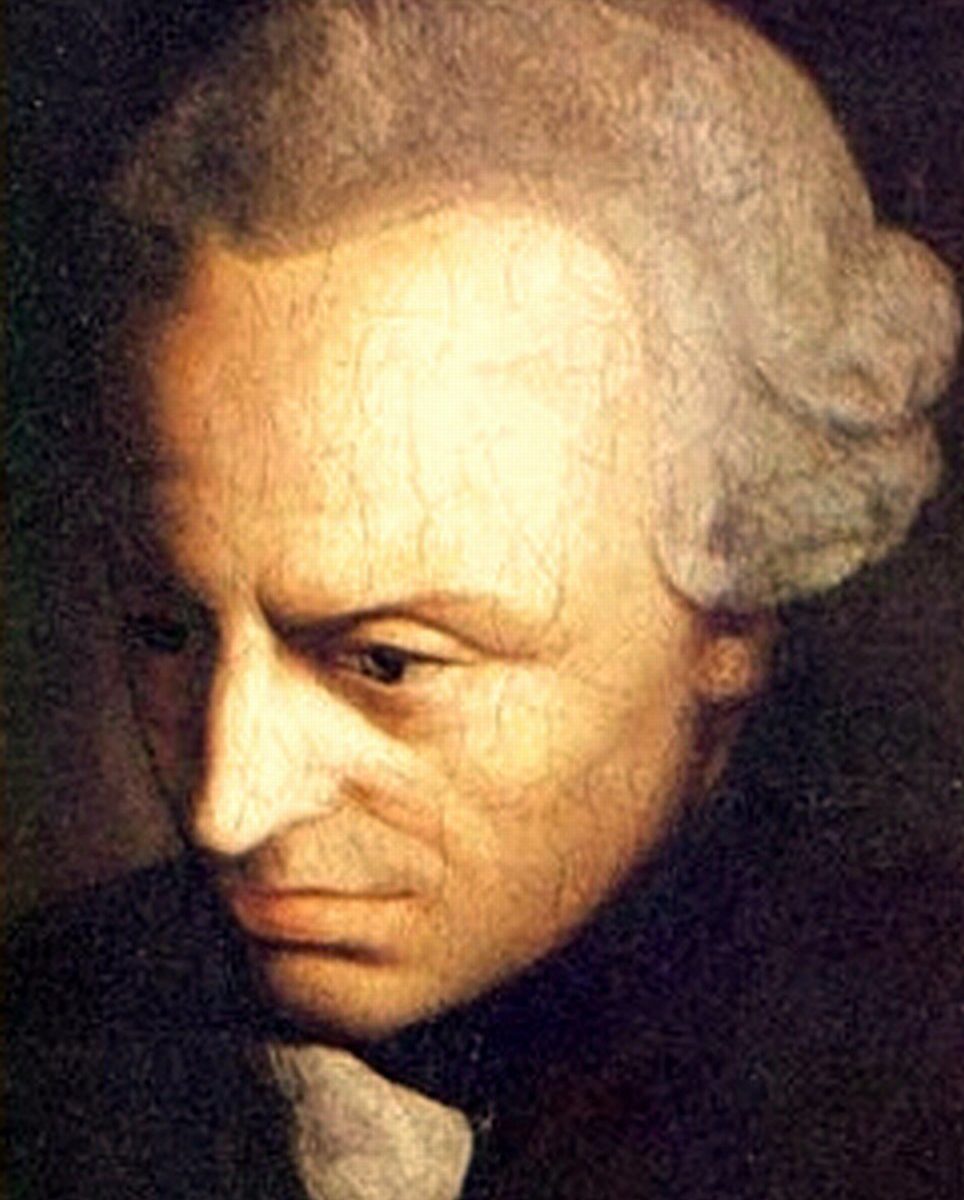 In my blog Another Nuremberg I noted that I‘m through with people – well, to the degree that a social being can actually divorce itself from its people. It goes so far and no more. That‘s sad enough, and silly enough, too, but that‘s my sentiment in these times. As times are changing, so is the sentiment.

Same goes for science. I‘m through with it, to the degree that a living intelligent curious being can actually divorce itself from its own perception. Because when I say, ‘I’m through with science’, I don‘t mean to say that I‘ll no longer curiously follow the behaviour of the wild beings around me, or that the night sky holds no longer any fascination to me, or that peculiar views picked up from other people and the media no longer rouse my interest. When I say that I‘m through with science I mean, I’ve had enough of the institution of science – academia – and its pointless finds that my grandma knew without spending millions of bucks on reports, or which have no connection to my life whatsoever. I’m through, even more, with scientism – the folk religion of “science says”, “the experts told”, “it’s written in a book”, and “I’ve got a PhD, what have you got?”

I’m through with people because they are civilized to the point of utter craziness, and I’m through with science as the arrogant expression of that craziness, the point where people use the factoids picked up from some kind of medium for the purpose of forcing others into submission, i.e. the point they are no longer curious and open.

David Cayley, in his new book, Ivan Illich – an Intellectual Journey (Penn State University Pr., 2021), describes some of the adverse effects of the dominant contemporary view of science as follows:

“Political discussion,” Illich says, „is stunned by a delusion about science.” Science has become „a spectral production agency” whose output is certified knowledge. One accepts it because of the overwhelming authority this certification confers and because not to accept it is to risk the status of heretic. In courts of law, to take one of Illich’s examples, evidence that our legal tradition would formerly have excluded or bracketed as „hearsay” becomes decisive when delivered by a scientific expert. Decisions that belong in the realm of common sense and practical judgment are instead settled by expert opinion: Is the nuclear power plant „safe”? Do studies on parent—child „attachment” authorize early day care? Which diet will produce the biggest payoff in life expectancy? and so on. This „stuns” political discussion in two ways, according to Illich. The first is that science as a process of inquiry is mystified. Gone are the adventures and vicissitudes of trying to stabilize a „fact” along with the very provisional character of this stabilization once achieved. In their place is a monolith: the oracular „Science says . . . ” or „Studies show . . . ” There’s nothing to discuss. „Scientific” findings that amount to little more than gossip when de-contextualized and stepped down into everyday talk pass from hand to hand, still trailing the aura of the laboratory. The second result, Illich says, is that „people . . . cease to trust their own judgment.” A choice for conviviality requires „a political community [which] choose[s] the dimensions of the roof under which its members will live,” but such a community can only be composed of citizens who believe they have the right, the capacity, and the power to make such a choice.

Science is not knowledge as such. Science is the process of getting to understand how the world works, Science is the fruit of curiosity, and curiosity is the fruit of openness. So long as the gathered knowledge makes sense within the framework of one culture‘s understanding, science is weaving the tapestry of that culture‘s cosmology and worldview. This is the way our culture creates its myths. The word ‚myths‘ does not mean ‚fiction‘ or ‚fairy tales‘, but is another word for the stories that help us make sense of the universe and our place within it. Different peoples have different stories; none of them is more true than another, but each of them makes perfect sense to their respective people within their cocoon of habitat, culture, thought patterns, language, and perception.

In a truly free and participatory group of people every individual helps creating the people‘s myths, and most interestingly the resulting stories seem to last longer the less physical technology people apply in their daily lives – often many hundreds, sometimes thousands of years. At the same time, ‚scientific revolutions‘ succeed each other within decades, rendering previous scientific ‚knowledge‘ outdated or even wrong. It is not so hard to see that our current set of scientific views is really only con-temporary as well. The idea that ‚sicknesses‘ get ‚caused‘ by ‚germs‘ and that ‚healing‘ comes about through killing those germs, for instance, will be among the next certainties going down the drain of time. Ivan Illich (Limits to Medicine; see my blog post, “Medical Nemesis: compulsory survival in a planned and engineered Hell”) has traced some of the historical stages that led to our current understanding of ‘health’, warning of the consequences of continued pursuit of that path. Charles Eisenstein, in his book The Ascent of Humanity (see my blog post “What’s your story?“) described a number of fields waiting for the right moment to make the shift to a new kind of science.

What interests me most about the matter is not so much, What will the future science be based upon?, What kind of knowledge will it reveal?, or, Which new technologies will result from a new science? These are rather idle questions, I think, nice for a discussion with friends on a long night of mental yarn-weaving. The more pressing question, to me, is about how to live a simple life today in a society of expert-groupies, a life freed from tech gurus, unnecessary complications and twisted crypticized language; a life lived within my own power to perceive, discern, process, define, and enact the knowledge I need, so that the world makes sense to me, and so that my existence has meaning.

“Enlightenment is man’s release from his self-incurred tutelage. Tutelage is man’s inability to make use of his understanding without direction from another. Self-incurred is this tutelage when its cause lies not in lack of reason but in lack of resolution and courage to use it without direction from another. Sapere aude! “Have courage to use your own reason!” – that is the motto of enlightenment. “

– An Answer to the Question: “What is Enlightenment?”, by Immanuel Kant, Konigsberg, 1784. Translation: Lewis White Beck

The language may sound a bit outdated – obviously identity-politically incorrect – but the message is clear nevertheless. Who, then, are those people that put you down for presenting your own findings, that ask for your credentials when you come to your own conclusions, and that try to prevent you from living according to your own insights? Logically, and experientially, they are the submissive servants of the established, the disciples of the religion of scientism, the unenlightened adorers of the fat-assed expert-guru. Let‘s be clear here: This is not about folks who, after due and diligent inquiry, arrive at same or similar conclusions as somebody recognized as an expert, and I am not disparaging those who went especially deep into some matter by using official academic means of studying it. I am emphasizing self-empowerment, the courage to rise from tutelage when you want to or need to – and the fact that you are basically able to achieve this. It is absolutely possible for an ordinary person to reconnect to our innate capabilities for orientation in the natural world, and in collaboration with one‘s community to come up with myths or stories that provide meaning. It is totally within our abilities, as well, to look through the workings of the human world, to tear the shrouds of professional jargon, and to take apart and rearrange the cogs and wheels that make our societies and its subsets function.

Did the Fuggers go to business school? Did Schiller take creative writing courses? Were the Wright brothers professors of aeronautical engineering? Was Goethe a professor of everything? Was George Washington a political scientist? Did Jesus graduate in theology? Buddha in religion? Howard Carter in archaeology?

Since last year a common saying holds that, since Corona, everyone has become an expert on law and medicine these days. Some of the speakers mean to belittle with it the intellectual capacity of non-professionals for understanding what‘s going on; other speakers mean that saying literally: We learned to understand some stuff quite deeply because we had to. And this is how an enlightened, democratic, wise, anarchic, or acephalic society can only work: by sinking our teeth into the flesh of the matter and by applying common sense.

As a citizen in a democracy, for example, one supposedly is the sovereign of one‘s nation and therefore carries responsibility for what is going on. How can you do that if you fundamentally cannot understand how the state works, what its institutions‘ functions are, what your sovereignty allows or obliges you to do, or if you don‘t at least try to understand these and many other state-related issues? You wouldn‘t be able to vote the right guys into the job as you had no clue whether they were competent enough.

Being ignorant of the law does not protect you from punishment. Therefore, one also cannot avoid understanding the constitution, laws, ordinances and court decisions. If this were fundamentally impossible for the average citizen, we would live in an arbitrary state that throws jargon at us instead of giving reasons for its actions, and we could be held accountable of deeds we had no clue of whether they are legal or not.

All this leads to the rejection of the cult of the expert. Anyone who does not use his or her intellect is neither a responsible person nor a responsible citizen and thus not a sovereign. S/he lets others dictate what to see and how to see it – in the best case. In the worst case, s/he does not care at all about things of concern, but leaves them entirely to the experts. Stupid people make the best followers. Fine by me. Then the problem arises, though, that expertism and scientism come along with universalism, the claim to universal validity of one‘s viewpoint, and universalism comes along with the demand for everybody marching in lockstep. Punishment against dissenters, torture of heretics, and war against the Other are lurking right around the corner. As it seems, we‘re already past that corner.