Skip to content
When people refuse to face their emotions, when they deny them the right to come up by judging them as ‘negative’, that’s when facts begin to matter no longer. You should think that emotionless measuring of things and cold-hearted piling up of facts create sort of an objective image of reality. Yet the opposite is the case. By excluding the humanity of the observer and his/her existence as a physical-psychological-spiritual creature that has a relationship with the world, ‘objective’ data becomes meaningless. The observer and his audience – including those who are supposed to judge the information with relation to the world of humans – win no useful understanding from research results because something is missing from the picture. You, as a receiver of news, feel like you are living in a surreal world of dreadful events of incredible dimensions, but nobody around is willing to respond timely, sufficiently, if at all – including yourself, because you don’t trust your half way suppressed feelings enough to challenge authorities. That’s when we literally sit there waiting till kingdom come.

The thing that bothered me always with how science is being used is both this attitude of „the sustained loss of blood might potentially lead to a death-like situation within the next one hundred years“, and the way technocrats use the notion of objectivity to dismiss feelings as a source of information or as a proper response to a situation. What we call ‘negative’ emotions are actually healthy signs of alarm to a potential threat. Potentiality may become actuality if we do not respond. In the case of climate disruption, humanity has been robbing itself this way of the ability to do anything about the unfolding disaster. I think that, somewhere deep inside, we know this and we are ashamed of it.

Shame, though, is as detrimental as pure alarmism. Both keep us in a state of fright. Maybe it takes just a little courage, maybe it takes nothing else than healthy reasonableness to look at that feeling and take the next step.

Daring to cry for what we have done is a liberation because it releases the pressure of having to sustain the illusion of control over a situation that has completely escaped from our manipulative reach. It is only through liberation that right action can come about.
The other option consists of complete and utter panic the very moment our useless remote controls are taken from us. I don’t know about you, but I sure know which choice to take for myself.

Auroville is a very special place. Of course it is. That’s why I am here. It is a township the description of which would take voluminous books, or thousands of witnesses’ statements, but still you wouldn’t get what it is like to live here. You got to feel it yourself.

The thing with any description is their subjectivity. Which is not a bad thing. Quite the opposite. It is just that people tend to unintentionally reveal much more of their worldview than making an appropriate description of Auroville. Maybe it is the dissimilarity of its ways, compared to our countries of origin, maybe it is Auroville’s openness towards all sorts of experiments that makes us project our values on everything we experience round here, like a slide on a blank screen.

What we see in Auroville is exactly what we expect to see. We behave accordingly and as a result we receive the corresponding reaction of our environment. So our egos, our superficial selves materialize in the outside world which verifies and reinforces the projection we started out with. I witnessed this mechanism in almost every person I have been talking to. The more misanthropic their mind is, the more they critisize Auroville for its failures. The more materialistic their worldview, the more business opportunities they see. The more altruistic they think, the happier they tend to become here. Just a few examples out of a multitude.

It can be quite fascinating to consciously toy around with this insight, as a way of finding out the way your thoughts are altering your experiences, or as a way of discovering aspects of Auroville that previously haven’t come to the mind.
Personally, I prefer not to judge other people’s behaviour. I see quite some greed and selfishness – I also see aspiration towards human unity and desire for learning and improving things. I see aberrations, malfunctions, messing up  – I also see some success with building a new kind of society.
But foremost I see loads of opportunities to develop, inwardly and outwardly. Auroville offers to its inhabitants opportunities you usually don’t get elsewhere. As long as you stay focused on things going ‘wrong’, e.g. other people’s selfishness, expanding bureaucracy, rising prices… (you name it) you  will miss the whole point of this project: that this is about improving the world by improving yourself. Don’t wait for others to get on track; don’t wait for the situation to become more favorable. The time is now, and it is up to you to do as much as you can to make your life worth living while at the same time you make the world a nicer place for everyone. 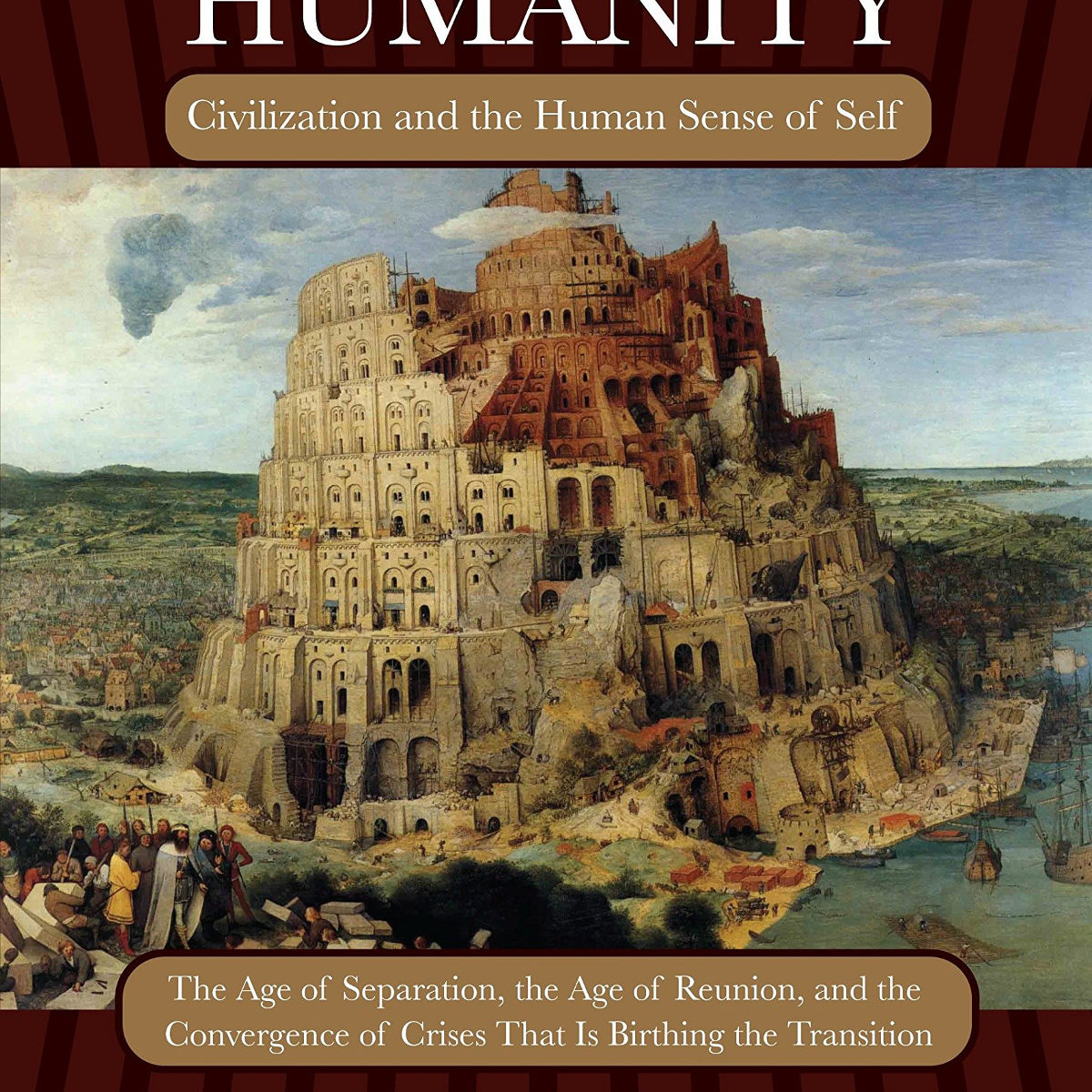 As I proceed with translating “The Ascent of Humanity” I almost daily stumble upon sentences reflecting deep insight into the fabric of reality. Stella Osorojos from the Santa Fe Time Bank called it “one of the most important books of the century”. She says she means it, and so do I. So please forgive me for coming back on elaborating on content from “Ascent” every now and then.

Many thinkers describe life as “living a story”, meaning that there is no such thing as an “objective universe out there” by the rules of which we have to live, and that the thing we call reality is not the actual thing of infinite properties, but merely a limited, abstract projection of, and withiin, our mind; what remains after so many filters of perception and selection. That projection is comparable to a map, a picture or a story which represents reality in the form of symbols (“The map is not the landscape”). Depending on the zoom level you prefer, the attributes you pick, the number of details you go into, the presentation format you choose, the symbols you design and the emphasis you set, the outcome will be very different from any other persons’ work. How many different maps of the world are there? How many interpretations of “Amazing Grace” or “The Count of Monte Cristo”? How many different opinions on any political matter, any piece of art, and every single person on earth? How many different definitions of God? And have you ever wondered why witnesses to a certain crime (or any other event) are talking of seemingly completely different things?
All those are stories, and so is life. For the way we look at it is arbitrary – and it shapes our actions depending on the choices we make, thereby changing also the repercussions we experience from outside.
Buddha called the way we usually look at, and live, our lives an ‘illusion’, J.Krishnamurti called it ‘image’, Adyashanti described it as ‘virtual reality’, and Villoldo actually called it ‘a story’. So does Charles Eisenstein who explains in Chapter VII-10 of his book how we are not victims, but creators of our fate; how there is no inescapable coercion, just surrender to stories; and how language, which is a story in itself, partakes in shaping the story of your life:

Even naming these stories and observing them in operation already makes them less powerful. However, I have found it useful to deliberately undo them through the way I speak to myself and others. We can use words in ways that deny the stories that enslave us, and thus accelerate our freedom. For example, Marshall Rosenberg suggests rephrasing every “have to” sentence as “I choose to… because…”

Here is a personal example. I used to say, “Even though I hate it, I have to give grades.” When I rephrased it as “I choose to give grades because I am afraid I will lose my job if I don’t,” everything became much clearer. I realized that my job was much less important to me than my sense of integrity, which for me personally was violated by giving grades, and so I decided to leave academia. By thinking in terms of “have to” we surrender our power. The very words carry within them an assumption of powerlessness. 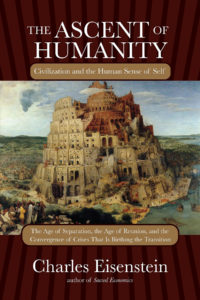 As I wrote in earlier essays, a gun to your head does not imply being unrejectably forced to do as you’re told. With or without that gun, you still have all the choices in the world, as long as you are willing to take the consequences. And please don’t ridicule my words there: it doesn’t mean you are to making stupid decisions in a dangerous situation. It just means you are free to do whatever fits into your value system, your story, if you are aware of that story. The less fear you have of forces threatening to overpower you, the more freedom there is for you, up to the point where there is no coercion at all.

You do not have to believe in the shamanic concept of physical-reality alteration by forces of the psyche to actually shape your personal reality the way it suits you best – although such forces might have an impact, who knows.
Unluckily most of the people I have been talking to hardly understand the concept or even reject it, and I could feel the underlying fear. People speak of freedom, individuality, and the power of love, yet don’t trust it much. And why would they, having been raised under a system where there is such a huge background fear, a survival angst about not fitting in with all the others, losing their job, losing their livelihood, sometimes even physical hurt. How would you not feel threatened and coerced into doing things you don’t like, such as working a degrading job, watching your back, and giving into all sorts of constraints.

The fact is: this is just one story to live by. If you equate an external attempt of force to a reaction of yours, then this story will shape your experience of reality, your life. The threat then, of course, feels very real. But as countless individuals have proven, other ways are possible. With the number of choices available to you, increasing by the degree you free yourself from unconsciously lived-by stories, life becomes better. By better I mean satisfying and fulfilled, as you then tend to make ever more choices by yourself, out of free will, instead of being forced to obey, subordinate, follow, give in, which equals to living someone else’s life. If you take the freedom of living a story where there is no irresistible pressure creates even more freedom. Freedom from (particularly fear), and freedom to (create your reality).
Living by the story of Western civilization, on the other hand, resembles being hunted down by all sorts of predators, getting driven from one crisis into another, until you eventually get trapped and die. You may even be lucky enough to count as one of the predators; but as long as you are unaware of survival-of-the-fittest being just a story – the story of our culture – you are a slave chained to a story like all the others. Gandhi put it best when he asked, “Don’t hate your oppressors. They need liberation, just like you.”