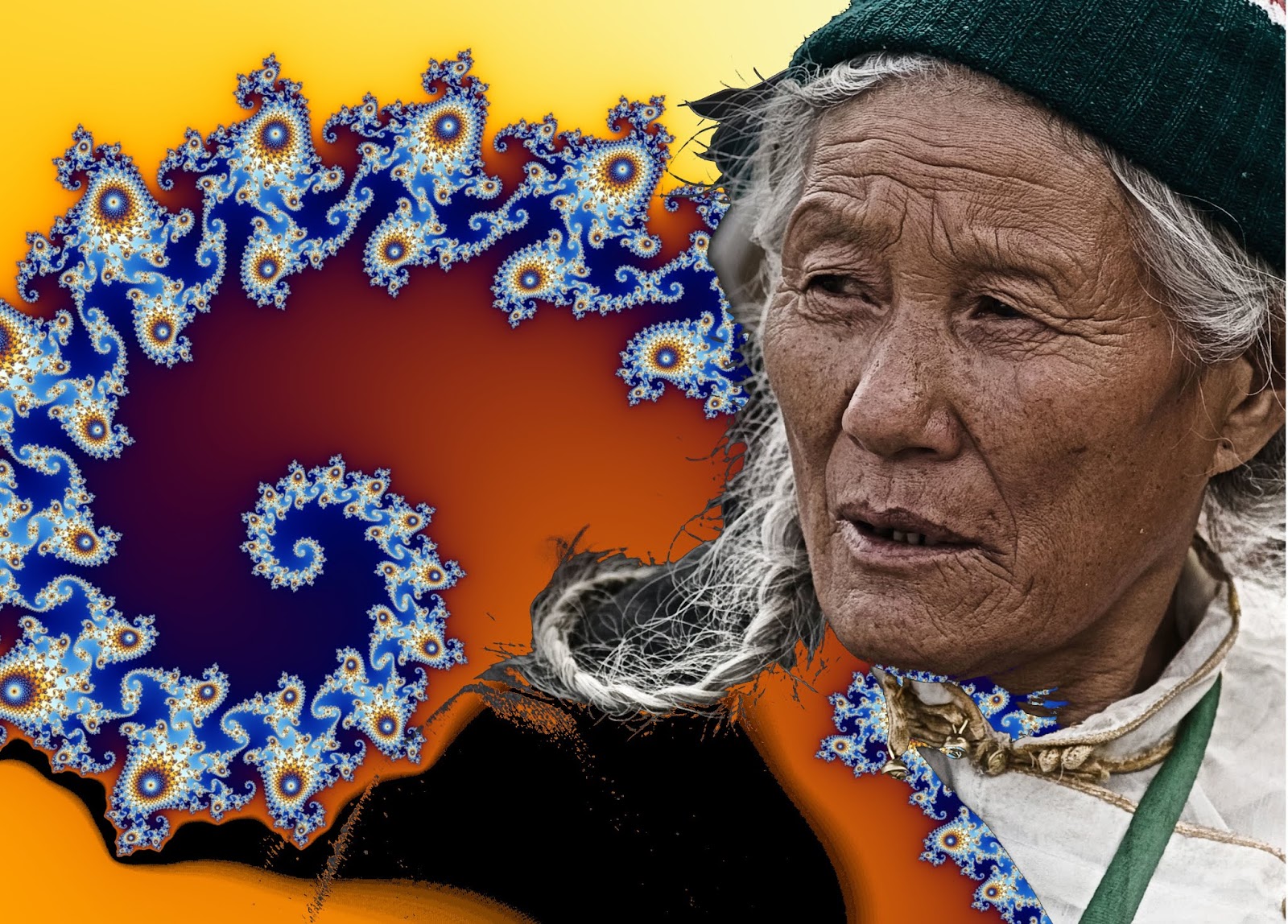 On this year’s (my second) return from the Friesenheim Summer University¹ I feel intellectually, emotionally, and spiritually nourished, yet somehow confused by the findings and non-findings around our topic of discussion: Einfach Leben. This German phrase’s meaning depends on how you emphasize the words; there is „einfach leben“, which means, to live simply, and there is „einfach leben“, which means, to simply live. The matter gets further complicated by the fact that the word einfach may express the concepts of easy,simple, basic, straightforward, just, humble, single, common, lowly, or elementary. Depending on situation, topic, pronunciation, and grammar it becomes clear what einfach is supposed to mean.
Yet there is a semantic field where we tend to confuse easy with simple,or the other way round. The German language does have different words for those (easy= leicht, simple = simpel, schlicht), but in our discussion we found that the mixing and equating of those very distinct semantics happens deliberately, for the purpose of stimulating consumption. Whereas, in not-quite ancient times, we had to get some cash and carry it to a vendor ourselves, today we just push a virtual button on a screen and the transaction is done. It’s very easy. This kind of simplicity hides the fact that there is an immensely huge and complex machinery involved which makes it possible for the vendor to spare her customer the act of traveling to and meeting her: computers, software, web servers, cables etc all of which require mineral resources and their transportation from around the world, their processing, assembly, running, and maintenance, all of which require factories which in turn need resources, assembly, and maintenance; altogether, it takes millions of people’s work for the virtual button on the screen to show and, on click, effect the desired consequences.
The consumer who is clicking said button does not get the service for free. The transaction comes at a price and that means he usually – leaving the 1% aside – has to work for the money he pays for the service. The time spent on wage slavery, on average, far exceeds the time saved by means of technology. It’s another aspect overlooked when you believe the companies’ assertion that their goods and services simplify your life.
A more general, cultural assumption comes into play: The myth of life getting easier over time, our rise above the struggle for survival, by doing civilized work, and the rise above work, by application of ever more sophisticated technology. Even the most superficial look at wild cultures shows the deception: We work longer hours than ever before, and for most of us the work is enormously energy-sapping, whether we work in an office or a factory. Primitive people’s “work” – if we choose to so label their energy spent on survival – takes way less time (between 1 and 3 hours per day, on average), the reward for it is im-mediate, i.e. it is coupled to the efforts they make and can be reaped directly and without delay, and the whole concept of work does not apply to them as, for them, hunting, cooking, gathering, sewing, nomadizing etc. is just as joyful as playing, sharing stories and food, and resting, and is therefore indistinguishable from what we call free time. It’s truly easy-going. By living simply, they simply live. Civilized people have to make efforts to achieve that. Downsizing and simplification go against the grain of civilization, so they call forward reactions like disgust, contempt, or, somehow paradoxically, admiration for the courage mustered, the hard work applied and the sacrifices made.

But the work and the sacrifice are involved at the start of the endeavour only. When we attempt to “achieve” the simplicity of wild peoples’ lives, or the slowness of small town life, or grandma’s serenity, or a child’s naive playfulness, what changes is not so much the level of technology or the amount of time, money, or muscle power spent, but the mindset that drives this sort of lifestyle. Those who downsize intuitively feel that their physical and/or mental issues are connected to their inhumane, unhuman lifestyle; the downsizing as such may be motivated by the intellectual understanding that greed, insecurity, and all the rest of it lie at the foundation of that lifestyle, but their mind truly changes with the experience of reduced involvement in civilized work. In the end, they perceive their “hard work” and their “sacrifice” not as a loss, but a gain. It doesn’t take courage, it doesn’t take labour or sacrifice or discomfort; what it takes is a simplification of mind in the first place.

Now what do I mean by that? Do I propose we are dumbing ourselves down, play stupid and fool around with our lives? Certainly not. A simple mind as it comes naturally to an uneducated grandma who wonders what keeps the clouds up there in the sky is also available to the most sophisticated academic who has not forgotten other, non-intellectual human abilities. The balancing of all our abilities and facilities allows for an intuitive understanding of an immensely complex world. A simple mind does not try to reduce the world to one kind of understanding alone, does not reduce the individuality of one phenomenon to a generic class of things, does not reduce the sacred, the mysterious, the unforeseeable to a mathematical set of rules, does not reduce the meaningful to its utility, does not separate the observer from the observed etc. In other words, a simple mind maintains a sense of wonder, an awe for the wild expressions of life, and the relatedness, the interconnectedness, or even interbeing, if not oneness of everything that exists.
While the rational mind believes that the simple mind oversimplifies the facts, it is rational reductionist that takes away essential elements from an unfathomable complexity, to knit up an overly simplistic world model. These two forms of simplicity, simple-mindedness and reductionist, while diametrically opposed to each other, are what gets mixed up when we talk unreflectedly. Simplification, of the rational or the intuitive kind, can be a means of facilitating communication about phenomena and concepts. We create generic images, classes, rules, to make sense of what happens around us, and communicate them through symbols (metaphors or words). Over-simplification happens when we take the metaphor, the word, the image, the class, and the rule for truth as such, in other words, if we reduce the complexity of the world to a convenient model, to interact with this model alone, as though the model was the real world.
This is by no means a purely linguistic issue. As a matter of fact, the world we live in today painfully demonstrates the interconnectedness of reality, language, mindset, and human activities. The countless immense, and constantly multiplying and intensifying converging crises of modernity are the outflow of our persistent interaction with mediated truth alone, our models of reality. We have been losing touch with the real world a long time ago. Its mental reduction to numbers leaves out too much which we cannot, or refuse to, measure: the qualitative, the proportionate, the fuzzy, the felt, the invisible, the meaningful, the sacred.
And thus, unable to control it as thoroughly as we thought, in search of the easy way, we destroy the world, tear up the web of life, separate ourselves from “the environment”, turn human communities to shreds, and rupture our own psyche until we get insane. The essence of einfaches Leben, a simple life, lies not in the reduction of the complexity and richness of the world to an impoverished lifestyle which sacrifices the achievements of science and technology, but in the acknowledgment, valuing, and even hallowing of that-which-is, in all its complexity, interconnectedness, and oneness. A simple life means existence in, and being in intimate relation to, the world-as-it-is, rather than the world as we would like it to be. A simple life therefore cannot be a utilitarian means of fighting the destructive machine which propagates an easy life; it is not a move against an unpleasant system. A simple life stands for itself and finds meaning where an easy life at best sees purpose.,
Being prisoners of the omnivorous machine called civilization we cannot help but start from using simplification (in the sense of downsizing) as a tool to dismantle the mega-machine. The book Underminers talks about how to use that tool; and in the process of doing it, working with what we have, we begin to understand what this implies, and our minds begin to simplify intuitively.
[1] Marianne Gronemeyer: Friesenheimer Sommeruniversität

2 Replies to “A simple life in a complex world – is it impossible?”