Skip to content
Well, IF everybody would just do as I said the world would be a better place. The issue with this is as much my delusion about my being right, and the fact that IF information counted for anything we WOULD not be in this situation in the first place. The word “collapse” has become a staple in the mainstream media, and it changed nothing. As opposed to Zeitgeist’s rationalistic vision, “informing people” is exactly NOT what is triggering change.
There is a lot to be said about dysfunctional open — and hidden — premises in Zeitgeist’s worldview. The most obvious thing about the movement, though, is that there are no recipes for bringing about the proposed change, no timelines, no triggerpoints for how or when to start, and, worst of all, no actual activity right now — other than symbolic “action” like leaflet distribution, meetings, protest marches. In ten years, Zeitgeist has achieved nothing but the promotion of its leader’s movies. 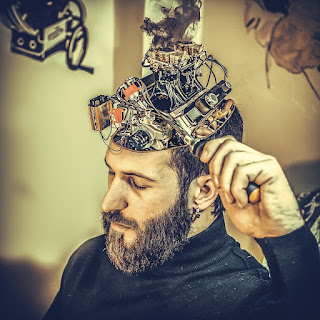 That the envisioned paradigm shift hasn’t happened yet, despite all the information available, is a clear sign to me that the core of what it means to be human has never been spoken to; and what is most important to people, us, has never been addressed. The Universe is not a clockwork, living beings are not machines. If the theory of evolution holds true emotions, affections, intuitions, and beliefs have developed for a good reason; it is emotions, relationships, and beliefs that have us engaged into actively shaping our lives. When it is millions of fish being poisoned by industrial civilization, I write a petition to the UN, period; when it is my lap dog, though, that is being poisoned by the same system, I am up on the barricades, stop my interaction with the perpetrators, and immediately start to find a way to create better food – because of my love for that animal.

Healthy people have emotions, psychopaths don’t. In other words, a world free of subjective decisionmaking is a psychopathic world, and the lack of activity towards stopping the destructiveness of our system is built into the notion that Zeitgeist propagates: that you shouldn’t take things personally, that you should wait with changing your life, that you should leave it to someone else to bring the system down, that personal action is too impotent to achieve anything anyway, and that the corporations are right with their idea that the world is nothing but a pile of spiritless resources, waiting to be put to use by people.
Go ahead, if you wish, dear Zeitgeisters. You got every right to do so. But the Z Paradigm doesn’t differ as much from what we already have as to be able to inspire change. It’s the technological Golden Age in updated fashion which, after ten thousand years of “progress”, is still lingering just around the corner.