Skip to content
When, after the inauguration in January 2017 in D.C., Kellyanne Conway coined the term “alternate facts”, the resulting public outcry rightfully banned it into the realm of deception and falsehood. Facts are facts, as far as objective truths go. We may doubt the accuracy of the numbers of attendants in one, or both, of the rallies implied in White House press secretary Sean Spicer’s comparison, but uncertain numbers are not facts. As facts describe the materialist, reductionist, objective, scientific view on the universe, they have to be – and they are – discrete and accurate. Alternate facts don’t exist, period.
Alternate truths do, though. Facts are one aspect or layer of reality alongside others. When we include emotions, feelings, morality, intuition, belief, creativity, spirit, soul, body awareness, or other means of perception and ways of knowing, we can begin to make qualitative rather than quantitative statements about reality. Truth in the realm of phenomena and appearances is inescapably subjective in nature. So when you hear me uttering criticism in relation to science, its focus is usually on

I can call myself lucky if anybody read all this without condemning me as someone wearing a tin foil hat, but that would be a waste of hate. I am not rejecting science and its results as a whole. I question the quasi-religious way – scientism – in which its premises, methods, and knowledge are taken at face value. I have not measured the Earth’s circumference and I don’t know anybody who has; when I use 40,000km as a number for modeling an image of the world I live in, I am well aware that there have been – and there still are – other worldviews, and that it’s just a model. The number as such is absolutely meaningless without a framework of references in my individual subjective life. Still, many take facts as a device for establishing universal truths which helps them in their effort to dominate and control nature, the wild, the enemy, the unknown, or by whichever name the other goes.

Professor emeritus of African Studies at the University of New York, anthropologist Marimba Ani, in her seminal work “Yurugu: An Afrikan-centered Critique of European Cultural Thought and Behavior” (1994) identifies the claim for objectivity and universality as vehicles by which slavery, colonialism, cultural imperialism and globalization have been justified as rational, necessary behaviour. In other words, scientism’s claim to objectivity and universality of scientific knowledge is an expression of the West’s urge for domination.

The rejection of scientism therefore poses a threat to the Eurocentric world view. It thus undermines Western dominance. We find a similar notion in the work of professor emeritus of pedagogy at FH Wiesbaden, Marianne Gronemeyer who writes in, “Die Macht der Bedürfnisse” (approx., The power of needs, 1988), that trusting unknowingness more than knowing-it-all constitutes a threat to the premises of science.

“Not committing oneself to the monopoly of science has yet another dimension: science, by its core principles, cannot allow the undiscovered, unexplored, and uncharted to exist. They pose a threat which is inherent to anything that has not been fathomed by “reason”: otherness, eeriness – a nuisance that is overgrowing everything. The exorbitant and insatiable obsession with safety, security, and certainty results from the attempt at limiting life to its purely positive aseptic aspects. It drives us to shine a light upon the very last corner of the world in order to turn it into means for satisfying the desire for safety and comprehension. This is how the not-yet-known which rises to awareness inevitably becomes a problem that cries for a solution.” 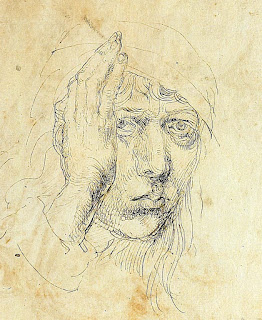 It seems, though, as if scientism is beginning to lose its power over people’s minds. Gronemeyer quotes Peter Sloterdijk (“Critique of Cynical Reason”, 1983), saying,

“Nobody believes anymore that today’s learning will prevent tomorrow’s problems. It’s almost certain that it causes them,”

“You can’t be friends with knowledge any longer. Knowing what we know today we don’t consider embracing knowledge; instead, we ask ourselves how to face it without being petrified.”

“Not-knowingness (in the sense of Non-scientism) opposes – or rather, evades – the compulsion to penetrate and enlighten,”

a) either by willfully ignoring the unknown, and remaining indifferent to it,
b) or by facing the unknown with awe and respect for its nature,
c) or by exploring the nature of one’s unknowingness, thus increasingly becoming skeptic of the things one takes for granted.

One of those things being the urge to collect endless amounts of factoids in the hope that those might deliver the foundation for protective measures against a future which scares us.

“Having to take a decision that is not based on certain knowledge is bad enough; taking decisions under the illusion of certainty, though, is a catastrophe.” –Amory B. Lovins (“Soft Energy Paths”, 1977)

This has implications for the way we may deal with the converging existential threats humanity is facing today. Gronemeyer concludes:

“Not-knowingness (i.e. Non-scientism) is not about gaining certainty in decision-making, it is relentlessly busying itself with uncovering the illusion of certainty […] Unknowingness is therefore calling for deliberation and cautiousness. Cautiousness, in turn, is much more connected to our ability to forbear than to our ability to effect. The current state of the world does not require our every last effort, it requires us to desist.”