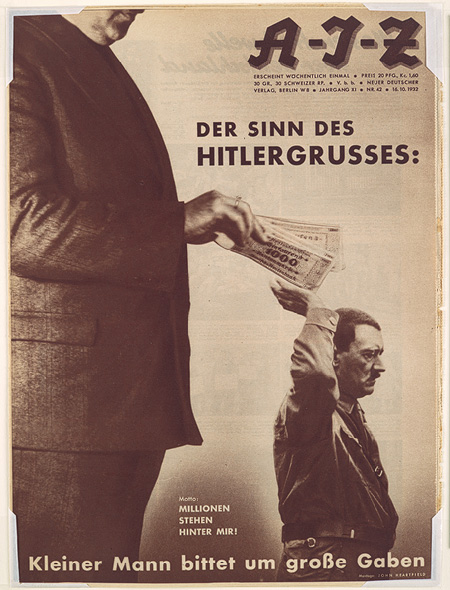 Seventy-five years after the end of WW2, Germans today are so afraid of the return of Adolf Hitler that they rather evaporate in a nuclear holocaust than be seen marching for peace side by side with a purported right-winger. They overlook, though, that fascist leaders, in the guise of democrats, are already standing at the helm of a system more inhumane, violent, oppressive and deadly than any other before them, be it Ivan the Terrible, Ghengis Khan, Attila the Hun, Pol Pot, or said individual whose deeds are so easy to hate and decry in our times, when you virtually risk zilch by speaking up against them.

Political correctness actually requires you to speak up against them lest you want to be called an anti-semitic tinfoil-hat nazi conspiracy-theorist. No relativization (ie. putting sth into relation) allowed whatsoever. Platform tickets obviously still sell like hot cakes when Germans wish to have a revolution in the train station; and so it has been from the early 1800s on through 1848/49, 1918/19, and 1989/90 til the present day, when civil disobedience starts with seeking permission for a demonstration from the authorities. And when they march for environmental protection, as seen recently at the XR/FFF climate strike in Berlin, carrying a hammer-and-sickle flag – for lack of imagination of real alternatives to capitalism – bloviating about capital and class struggle and expropriation, they couldn’t care less that communism disregards the non-human world just as much.

And the olive-Green Party? It’s the party that, in 1999, sent German soliders into their first war since WW2, in violation of the UN charter, and under the pretense of (contrived) Serbian “concentration camps” in the Kosovo. It’s the party that would love to see us back at war with ‘evil’ Russia, that has forgotten about its demands for leaving NATO, and that supports nuclear power plants. And we really, really love to vote for them because they make sure we’ll continue to segregate our constantly increasing household waste while the right of big industry to pollute unimpededly til Kingdom Come is never questioned (for fear of losing jobs).

Wouldn’t it be nice if we got born with a hunchback already, so we may serve our democratically chosen oppressors more obediently?