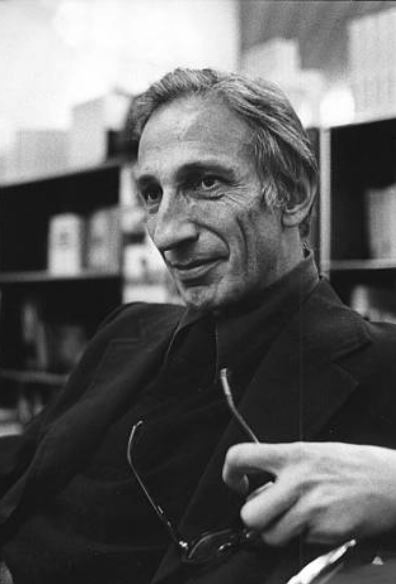 The computer solves the problems we didn’t have without it, they say – not to mention a growing number of problems it created, like the surveillance state, cyber addiction, and the possibility of fully-automated warfare, to which there is no solution other than abandoning the use of electronic processing.
Similarly, high-speed transportation saves us time on trips we wouldn’t have taken before the advent of the respective transportation technology, says Austrian social philosopher Ivan Illich in his book Energy & Equity (1974).

This became especially apparent around 1900 when the mileage of passengers had increased by a factor of one hundred within just fifty years after the introduction of railroads. People picked up business at greater and greater distances, to the disadvantage of the places they lived. Beyond a certain average amount of energy per capita put into transportation, means of moving shift from metabolic energy driven to mineral fuels driven locomotion. Next thing we know is, we abandon our innate freedom of moving on our own feet, to any place and in any direction that is not legally of physically barred, in exchange for pre-fabricated routes, to approved destinations and at a price.

From the moment its machines could put more than a certain horsepower behind any one passenger, this industry has reduced equality among men, restricted their mobility to a system of industrially defined routes and created time scarcity of unprecedented severity. As the speed of their vehicles crosses the threshold, citizens become transportation consumers. – Ivan Illich, Energy & Equity, p29

As with other factors of society – wealth, power, privilege – the results of industrialization of traffic are not shared equally among its participants:

Extremes of privilege are created at the cost of universal enslavement. An elite packs unlimited distance into a lifetime of pampered travel, while the majority spend a bigger slice of their existence on unwanted trips. The few mount their magic carpets to travel between distant points that their ephemeral presence renders both scarce and seductive, while the many are compelled to trip further and faster and to spend more time preparing for and recovering from their trips. (p29)

People in industrialized countries spend four to seven times more time “on the road” than their fellow men in more traditional cultures. They travel up to one hundred times longer distances per day, using up to one third of their income for commuting to the job that pays their trips to the job. The product of the transportation industry, Illich says, is the habitual passenger, a person uprooted from her place of origin. She is rushed in a closed cabin behind the windows of which untouchable landscapes pass by. Her time is scarce, her feeling of autonomy low, and life without means of transportation provided by remote powers such as governments, automobile industry and railroad services, has become unthinkable to her. Without external help she feels immobilized.

The habitual passenger must adopt a new set of beliefs and expectations if he is to feel secure in the strange world where both liaisons and loneliness are products of conveyance. To ‘gather’ for him means to be brought together by vehicles […] He takes freedom of movement to be the same as one’s claim on propulsion […] As a result, what he wants is not more liberty as a citizen but better service as a client. He does not insist on his freedom to move and to speak to people but on his claim to be shipped and to be informed by the media. He wants a better product rather than freedom from servitude to it. (p37f)

Could it get any worse? Yes it can. From Illich’s view, the whole setup is foolishly self-defeating because not only does this set of living arrangements affect the individual, eating away on her freedom, leisure, connectedness, and wealth, it also widens the gap between privileged and burdened members of society continuously, thus putting tremendous stress on the integrity of society as a whole.

Beyond a certain threshold, further energy input makes a society’s compounded time expenditure on transportation rise significantly. In other words, speed increases for those who can pay for it while everyone else spends more time inbetween places.
In Germany, for instance, more than 16% of mostly rural railroad lines have been closed since the inception of the first inter-city express connections (ICE) in 1991, the rate of train delays rose, and people spend more time waiting for connecting trains due to a thinned out railway schedule.
Within cities, inequity leads to visibly slower traffic on average. Illich compared Bombay in the early seventies (where the very few cars already began to impair the flow of pedestrians and bicycles) with Western megacities like Paris, London, or New York. He found that the rate of locomotion in India was superior to that in fully industrialized countries.

Beyond a critical speed [around 25 mph], no one can save time without forcing another to lose it. The man who claims a seat in a faster vehicle insists that his time is worth more than that of the passenger in a slower one. Beyond a certain velocity, passengers become consumers of other people’s time, and accelerating vehicles becomes the means for effecting a net transfer of life-time. The degree of transfer is measured in quanta of speed. This time-grab despoils those who are left behind, and since they are the majority, it raises ethical issues of a more general nature than kidney dialysis or organ transplants. (p42)

So growing energy comes at the expense of equity – a mechanism that should ring alarm bells with anyone concerned about people’s participation in decision-making. If ecologists are right to assert that non-metabolic power creates pollution, it is also true that it corrupts the citizens, processes and institutions of society.

Looking back at fourty-five years of ‘progress’ since Illich’s essay the brilliance of his analysis has not faded in the face of ‘new’ – more-of-the-same – developments. If anything, the manifestations of high-speed transportation have become more pointed in the places I have visited in my lifetime, be it in the United States, the European Union, Japan, or in India. Speaking up at the time of the Oil Crisis of the early-seventies when OPEC’s policies wreaked havoc on the transportation-intense – or should I say, transportation-addicted – economies of the West Illich took traffic as an example for pinpointing how the dominant culture phrases its problems in all the wrong terms. There is no “energy crisis”, he said, just a crisis of ever-increasing demand, and that’s as true today as it was back then. Instead of replacing fossil fuels (as the promise went, and still goes), so-called alternative energy sources help with covering the still-increasing demand for more, topping up the stagnating fossil fuels. The price both humans and the community of life must pay for our trips– habitat destruction, pollution, breakdown of social cohesion, human alienation from landbase, waste of lifetime on commuting etc pp – has accumulated to the point where civilization stands at the brink of collapse while a sixth mass extinction begins to denude the Earth of species diversity. Therefore it is only logical of Extinction Rebellion to seriously consider cuts on transportation.

From understanding how addicted most of us seem to speedy transportation we can just as easily understand why both the current establishment and most of the citizenry alike resist the idea that aviation, private automobiles, container and cruise ships get restricted for the sake of life on Earth. Given the choice between death and unemployment, they opt for their sources of income.
The cure that Illich saw lies in the limitation of energy use. Speaking of traffic he meant lowering the maximum speed of vehicles to around 15 mph, which implicitly translates into less distance covered per day, closer-knit communities rather than urban sprawls, fewer roads with less space and materials used etc.

High speed is the critical factor which makes transportation socially destructive. A true choice among political systems and of desirable social relations is possible only where speed is restrained. Participatory democracy demands low energy technology, and free people must travel the road to productive social relations at the speed of a bicycle. (p23f)

Post scriptum
Ivan Illich (1926-2002) was a philosopher and catholic theologian.

I have first come across Illich’s work ten years ago when I happened to see a funny yet disquieting clip quoting from his book Deschooling Society. While he did not question civilization as such his revolutionary ponderings certainly deposited explosives close to its foundations. Unsurprisingly enough his name has almost vanished from public awareness. His findings, though, stood the test of time, so far, and his written legacy found its way into libraries all over the world. Many of his manuscripts and notes have been collected in the Illich Archive in Wiesbaden, co-founded and co-maintained by professors Reimerand Marianne Gronemeyer who base their work on Illich’s philosopy. In upholding the origial spirit, they apply those teachings to our times.