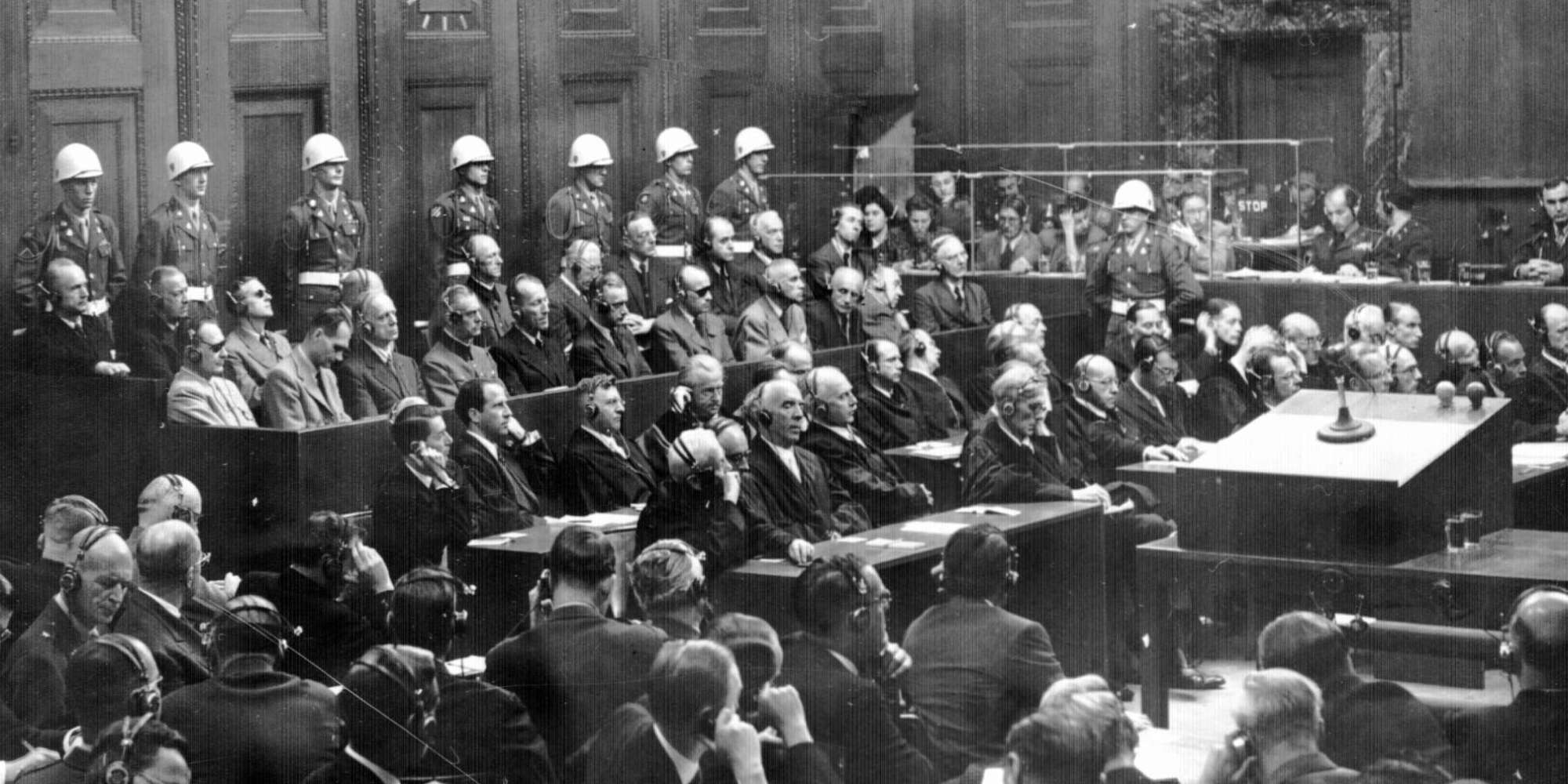 I haven’t been shopping since March 15, 2020, the first day of curfew in India. Lockdown is the neologism for this – for once an apt expression, because it is a technical term originally used by prison administrations. I haven’t been to the doctor for a year, until last week not even to the dentist, although there was every reason to do so. I don’t go to the movies anymore, I don’t enter an office of the administration anymore, I don’t enter a cashier’s office of a bank anymore. I no longer travel, neither short nor long, neither by cab nor by train or even by airplane, the latter of which has become completely impossible. A book manuscript lies unprinted on my hard drive, gathering digital dust because the mere thought of crowded shops and city streets already feels suffocating. Invited by friends I went to lunch at a tiny cookshop that didn’t require specific clothing; I couldn’t enjoy it, though. I did resume work at the library, mainly at the insistence of the manager, who assured me I didn’t have to follow any rules, even if everyone else did. In the office, to myself, I have time to catch my breath again. But the way there, a few kilometers by bicycle is an ordeal. Not that anyone would talk to me about the missing mask, no. I wouldn’t like that. I wouldn’t like that at all; I can’t stand the sight of people anymore and avoid being seen on my part. Me and people, we are a divorced couple.

There is a long history of early traumatization; life since hasn’t been too kind either. Of course, I could try to see the positive sides of life. Why don’t I try to see it more positively? Why don’t I start anew somewhere else? Why don’t I… ? – I guess because by now I lack the necessary faith that the grass is greener elsewhere. As I said, there is a long history, but it does not matter for what I have to say: That all of us individual cases with our human problems, our likes and dislikes, our opinions, insights and realizations, we don’t count any longer. Beyond our function as consumers, employees, taxpayers, cannon fodder, we have long since ceased to play any role in the way matters get handled. We are merely the objects of observation and control, generic members of statistically ascertainable norm groups. Gendered, risk-evaluated, labeled, sorted, directed, manipulated, exploited, eventually dumped.

The raised index finger for all those without a mask.
We comply with the Corona rules.

[Billboard by the City of Berlin, paid from taxpayer money]

Corona just caps it all off. Hardly any intellectual fails to mention that the Corona State finally flushes to the surface what had been pushed underwater for so long: all kinds of toxic garbage, looted goods, gasping victims of terror, gnawed-up floaters, fears and traumas, screwed-up biographies, stolen dreams, lost raison d’être, abdicated freedom. Add to all that the codified injustice, the structural violence, and a mountain of epistemic baggage that keep our polities stuck in unreformable rigidity. In the face of nightmare societies competing for the worst way , one can hardly tell the difference whether I am writing about Germany, India, or say, Mexico.

A lot of words that, in short, are supposed to explain why, these days, my trust in the human capacity to bond, in the manifest social structure and – yes, also – in the specific individuals that surround me, has slipped away. I have lost the desire to see anyone anymore, lost the joy of hearing what is going on with this or that person. In the same way, when I think of the big names of our time – people from music, philosophy, politics, science, etc. – I’d rather they kept their mouths shut, because what comes out of there usually offends the mind. If the verbal garbage remained just words – ok. But unfortunately the call for ostracizing the dissenters and the demands for harder punishment of “deniers”, along with all the other fantasies of social barbarism get implemented without big scruples only too soon after… and the whole pack of established media provide a platform for the hysteria. The state’s regulations regime has overtaken many a satirical exaggeration within a few weeks by issuing ever more repressive orders. And then there are the non-state ‘measures’. A friend from Berlin writes:

“The day before yesterday I was actually physically attacked for the first time in my adult life in the park by an aggressive but at the same time somehow calculating man. Afterwards I did some asking around and in fact it happened to my roommate in a very similar way. The girlfriend of another acquaintance was slapped in the subway; another one was yelled at in the supermarket because of the distance rules. People here are starting to go crazy.”

There is an archaic conception of man at work, incompatible with my worldview: it’s not autonomous individuals endowed with dignity, embedded in loving communities, who shape their lives in a self-responsible manner, but fear-driven government subjects incapable of making rational decisions, who must be kept on a leash for their own good and who — as self-appointed guardians of the status quo – habitually obey pre-emptively. Real dangers have given way to obscure statistical risk potentials, your neighbor is always a danger to your life, denunciation is a civic duty, children’s birthday parties get broken up as criminal gatherings. How quickly the turnaround has happened is frightening in itself already, because as far as typical features of Nazi Germany were concerned, the rule went, NEVER AGAIN! But already in early May, six weeks into the curfew, my mother wrote from rural Black Forest:

“My physiotherapist, who is friends with a policeman, told me that in [the county seat] 1000 people call every day to report friends, relatives, neighbors and acquaintances to the police – for Corona misconduct!”

In the eyes of a not insignificant part of the population, freedom and human dignity are no longer inalienable rights, but privileges that have to be earned by conformity – and thus are reduced to absurdity. Civil and human rights dwell in best company with other terms that have been usurped into Newspeak: Attitudinal journalism operates as “reporting”, Nazis masquerade as “Antifa”, “solidarity” is understood as forced conformity, “development aid” drives whole continents into poverty, “humanitarian intervention” stands for genocide, “vaccination” has become another word for genetic manipulation, forcing women about to give birth to wearing masks is part of “health care”, the authoritarian regime pretends to be a “democracy”, mob rule prides itself on “civil courage”, the middle finger replaces the “index finger”… I could go on like this for hours and literally fill a whole dictionary – the neo-liberal dictionary of falsehoods, which I already mentioned in earlier articles.

Those who feel reminded of George Orwell have long since no need to fear overstretching the comparison. Dystopia can hardly be manifested more clearly and obviously. In the novel “1984” Orwell writes:

Introduced later, the technical term for “doublethink” is “cognitive dissonance.”

Here the question arises how after Corona — assuming the nightmare has a happy ending — a new togetherness can come about at all, given that such a massive slide into barbarism was supported by virtually all governmental, social, scientific and economic institutions, but especially by so many fellow human beings. How can one restore that trust to one’s arbitrary neighbor that is needed to build a relationship, how can one again look into the eyes of the perpetrators, of whom one knows that in their world one exists merely as an object?

I have my doubts that a simple “No hard feelings” approach is enough, because I cannot dismiss Schopenhauer’s remark that “to forgive and forget is to throw precious experience out of the window”. Prior to forgiveness, there must be recognition of one’s own transgressions and subsequent repentance. It involves the willingness to take responsibility for one’s own actions, to accept punishment, to repent, to make amends or at least to mitigate the damage. Then, and only then, may one forgive, but rather not forget. We must not allow ourselves to wrap the cloak of silence around the people’s role in the oppressing, torturing and murdering of millions, as we did after the disaster of the Third Reich, because at that time the historical traumas of hundreds of millions of people in dozens of nations remained buried deep in the individual and collective psyche. Uncured they continued to smolder within the closets of apparently purified hearts and minds, affected the world view of three or four subsequent generations, and found expression during the so-called pandemic in a mass hysteria unlike any other in history. The failed Denazification of post-WW2 – failed because it got stuck with mere criminalization of identified perpetrators — must be made up for in our present.

Denazification today means de-coronification. Without another trial based on the Nuremberg model – because of the symbolism (tribunal and codex) it should indeed take place in Nuremberg – a credible and trustworthy restoration of social cohesion is simply impossible. The enormity of what has happened demands a complete reappraisal, while those responsible for the worst mass suffering in human history must be held accountable. The thirst for revenge, the cry for crucifixion of exposed representatives of the Corona regime, however, must under no circumstances guide the trial. As now impressively demonstrated, with the death of the Nazi grandees, self-afflicted or on the gallows, the phantom of fascism was by no means banished, but could return in full glory as self-declared anti-fascism, as totalitarianism in democratic guise. The goal of a tribunal should be to educate the population about its own role in the emergence of tyranny. Of course, it is also urgent to ensure that the main characters in the Corona scam are permanently prevented from further agitation. Immediately thereafter, however, the real clean-up work begins: our language, our institutions, our laws and regulations, our economy and currency, our international as well as our personal relationships, our relationship to technology and food, and our use of art, medicine, science – basically, simply all elements of existence – must be examined. A complete revolution of our way of life becomes due, the core of which must be the confrontation of our traumas: a personal Nuremberg for each and every one of us.